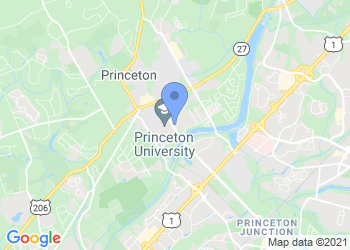 Princeton is the fourth-oldest college in the United States. The ambience of its earliest days is palpable in historic landmarks on campus, most notably Nassau Hall, which in 1783 was the temporary capitol of the United States. From such a distinctive beginning grew something great -- a community of learning that continues to evolve, providing abundant opportunities to talented students from around the world. As a research university, it seeks to achieve the highest levels of distinction in the discovery and transmission of knowledge and understanding, and in the education of graduate students. At the same time, Princeton is distinctive among research universities in its commitment to undergraduate teaching. The University provides its students with academic, extracurricular and other resources -- in a residential community committed to diversity in its student body, faculty and staff -- that help them achieve at the highest scholarly levels and prepare them for positions of leadership and lives of service in many fields of human endeavor. Through the scholarship and teaching of its faculty, and the many contributions to society of its alumni, Princeton seeks to fulfill its informal motto: Princeton in the Nation's Service and in the Service of All Nations.

It was in Princeton’s Nassau Hall in 1783 that George Washington received the formal thanks of the Continental Congress for his conduct of the American Revolution. It was British North America's fourth college. Presidents James Madison and Woodrow Wilson — graduated from Princeton, and Wilson served as president of the university from 1902 to 1910. The school’s name was changed to Princeton University in 1896. The graduate school was opened four years later. Novelist F. Scott Fitzgerald, who had left Princeton without a degree, did much to popularize the institution’s image as a bastion of upper-class male privilege. Since 1969 the university has admitted women. Later it became the first major research university to have women in its highest positions: Shirley Tilghman as president and Amy Gutman as provost.

As Princeton University entered the twenty-first century, it maintained the fourth largest endowment in the United States (preceded only by Harvard, the University of Texas, and Yale).

Princeton is one of the original Ivy League colleges, the home of numerous Nobel prizewinners for their scholastic, literary, and world-stage achievements. In addition to the educational services, it offers a vast range of cultural, athletic, and social activities to its students, faculty, and staff.