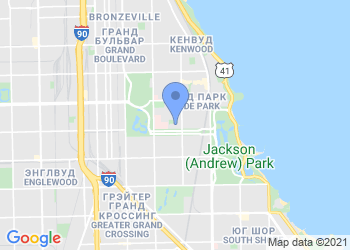 The University of Chicago was founded in 1890 by the American Baptist Education Society and oil magnate John D. Rockefeller, who later described the University of Chicago as the best investment I ever made. The land for the new university, in the recently annexed suburb of Hyde Park, was donated by Marshall Field, owner of the Chicago department store that bears his name. William Rainey Harper, the first president, imagined a university that would combine an American-style undergraduate liberal arts college with a German-style graduate research university. The University of Chicago quickly fulfilled Harper's dream, becoming a national leader in higher education and research. Frederick Rudolph, professor of history at Williams College, wrote in his 1962 study, The American College and University: A History, ?No episode was more important in shaping the outlook and expectations of American higher education during those years than the founding of the University of Chicago, one of those events in American history that brought into focus the spirit of an age.? One of Harper's curricular innovations was to run classes all year round, and to allow students to graduate at whatever time of year they completed their studies.

It has a total undergraduate enrollment of over 5,700, and its 217 acre campus is located within the major city of Chicago. It utilizes a quarter-based academic calendar, which runs from late September until early June. The University of Chicago, situated in Chicago’s Hyde Park community, offers a rich campus life in a big-city setting. The UChicago Maroons have 19 NCAA Division III teams, the majority of which compete in the University Athletic Association, which is comprised of other major research institutions within major cities. At UChicago, first-years are required to live on campus, and 60 percent of the overall student body lives on campus, while others live in off-campus apartments. First year students are placed in "houses" within their residence hall , which serve as tight-knit communities and provide academic and social support. Even when students move off-campus they often choose to remain in Hyde Park and frequently engage in house activities as house associates. UChicago offers more than 350 student organizations and about 10 percent of students join a small but active Greek life community. Since 1987, the school has hosted the four-day "University of Chicago Scavenger Hunt," now a venerable university tradition. The University of Chicago comprises the College and a number of graduate and professional schools located on the same Hyde Park campus. Its postgraduate offerings include the highly ranked Booth School of Business, Law School, Pritzker School of Medicine, Harris School of Public Policy Studies, and Department of Geophysical Sciences, as well as a top-ranked graduate program in economics and a celebrated Divinity School. Famous alumni include former U.S. Attorney General John Ashcroft, Nobel Laureate Milton Friedman, former Senior Advisor to President Obama David Axelrod, former U.S. Supreme Court Justice John Paul Stevens, and author Kurt Vonnegut Jr. The University of Chicago is universally recognized for its devotion to open and rigorous inquiry. UChicago prides itself on the strength of its intellectual traditions, including a dedication to intense critical analysis and lively debate, all of which result in creative solutions to complex problems.

The University of Chicago has been home to 89 Nobel Prize winners, over 200 Guggenheim fellows, 30 Macarthur "genius" fellows, and 20 Pulitzer Prize-winners. Academics and Career Services: The University is known to encourage ‘free thinking and open inquiry’. Students and professors are encouraged to engage in substantive debates and conversations, which promotes a culture of intellectual discourse. The College offers a choice of 51 areas of programmatic study in well-defined fields such as anthropology and mathematics, to interdisciplinary programs, like biological chemistry and comparative literature, as well as pre-professional courses of study, with every choice supported by the Office of Career Advancement . Click here to view the list of academic departments.

There are dedicated research centers , which cover a wide range of subject categories. Notable research breakthroughs achieved by students and staff at the University of Chicago include:

UChicago maintains a student-faculty ratio of 6:1, ensuring that every classroom experience exemplifies the commitment to a student's ability to interact closely with our faculty. The famous Core curriculum provides students with a common vocabulary and a well-balanced academic experience, while allowing them the flexibility to explore their own particular interests within small discussion-style seminars. Students also enjoy forty student theatrical productions a year, a rich music scene, celebrations of different cultures and communities, and the extraordinary opportunities in politics, music, theater, commerce, architecture, and neighborhood life in the city of Chicago. The University’s Financial Aid program is extraordinary thanks to the new No Barriers program. No Barriers is a comprehensive plan created to increase access to college, support students as they receive an empowering education, and prepare them for lifelong professional success. Families who apply for financial aid do not have to pay a college application fee to UChicago. UChicago’s need-based financial aid involves no loans and is awarded as grants, which do not need to be repaid.

UChicago Study Abroad encourages students to expand their education through diverse intellectual perspectives, active participation in a new culture, and first-hand engagement with local and global challenges. UChicago's distinctive range of faculty-led programming blends the spirit of intellectual curiosity that is central to the College curriculum with the University's wide-reaching international mission. Through quarter-long, academic year and summer programs, UChicago students gain cultural fluency and hone language skills while either studying a civilization at its center or focusing on a particular academic theme. Offerings include courses that fulfill general education and major requirements in a range of disciplines (within the social sciences, humanities, and natural and physical sciences). Faculty-designed excursions promote dynamic engagement beyond the classroom as the city and surroundings become the unofficial “second classroom” of each sequence. Participants remain registered in the College -- receiving academic credit and retaining financial aid eligibility -- making Study Abroad a fully integrated component of UChicago’s undergraduate education. Study options are available in Beijing, London, Paris, and over 20 other cities around the world.