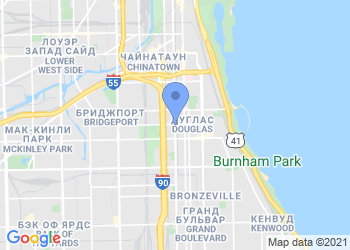 University ranking. Illinois Institute of Technology is in the top 5% according to the international rankings. According to the specialists, «Engineering and Technology» is the strongest program of the university and ranks 329 in the world.

Application process and the cost of tuition. The students must pass examinations in order to get admitted to the university. More than a half (60%) of the applicants manage to secure their spot at IIT, however, the percentage may change depending on the faculty and the popularity of the course. The academic year consists of two semesters. The tuition fees are quite steep. A year of bachelor studies at IIT will cost you at least 39,000 USD. Doing your master’s studies at IIT is not cheap - a year of studies will cost you 23,000 USD. Despite this the students can apply for scholarships provided by the university. Not everyone can study full time, so Illinois Institute of Technology offers such students a wide range of online programs. More information could be found on the official website of the university http://iit.edu.

The composition of the university. Illinois Institute of Technology is medium in scale, teaching no more than 8 thousand students at a time. Foreign citizens can submit their applications along with the local students. The ratio of foreign and local students is pretty evenly split. The teaching staff is 557 specialists. The university has international partners which allows its students to participate in exchange programs. The university has social media profiles Flickr, Twitter, Youtube, Facebook, Linkedin, where you can learn more about it.

Infrastructure of IIT. There is a library on the campus. The students can live on campus if the apply for a dormitory room. Illinois Institute of Technology belongs to the «Association of Independent Technological Universities (AITU), Sport affiliations and memberships: National Association of Intercollegiate Athletics (NAIA)».

Founded in 1890, IIT is a Ph.D.-granting technological university awarding degrees in the sciences, mathematics and engineering, as well as architecture, psychology, design, business and law. IIT's interprofessional, technology-focused curriculum prepares the university's 6,200 students for leadership roles in an increasingly complex and culturally diverse global workplace. IIT was formed in 1940 by the merger of the Armour Institute of Technology, founded in 1890, and the Lewis Institute, founded in 1895. Both schools had nationally recognized engineering programs. The Institute of Design, founded in 1937, merged with IIT in 1949. In 1969 the Kent College of Law was merged into IIT and the Stuart School of Business was created with a gift from Harold Leonard Stuart, an alumnus of the Lewis Institute. In 1986, the Midwest College of Engineering at Lombard Illinois, founded in 1967, was absorbed by IIT. This was the start of IIT's strong presence in Chicago's west suburban high-tech "Silicon Prairie." In 1995, beset by declining enrollment in it's liberal arts programs, the university reorganized it's academic units, eliminating the liberal arts college entirely and concentrating on architecture, science and engineering, psychology, law, and business. The university currently consists of five campuses in the Chicago area. The...