Application process and the cost of tuition. The admission board requests both the certificate of previous academic performance and examination results. The process of admission is not complicated by student competition as there are only 2 applicants per seat. Traditionally the academic year is divided into semesters like in many other universities of Saudi Arabia. TaibahU has affordable bachelor’s programs that cost less than 1,000 USD/year. In order to obtain a master’s degree the student must spend about 1,000 USD per year. Despite the tuition gees being quite low, the students often participate in scholarship programs. The students of the university can also receive their degree online. It is important to check for current tuition fees on (http://www.taibahu.edu.sa) with the desirable faculty in mind.

The composition of the university. Taibah University is among the largest universities that educates more then 44 thousand students. The admission committee accepts the applications from foreign citizens. Foreigners make about 3% of all students. To ensure that the quality of education stays high the university has an academic staff consisting of more than 2400 specialists. The university is an active participant of international programs aimed at academic exchange of students between the educational institutions. University’s social media profiles can give you more information about the students and current events: Twitter, Facebook.

Infrastructure of TaibahU. The students have access to the university’s library. In addition the university has the developed sports infrastructure.
Despite the ongoing pandemic and current political agenda, admission to foreign universities will continue under normal conditions.
Free consultation UniPage services
Location on map 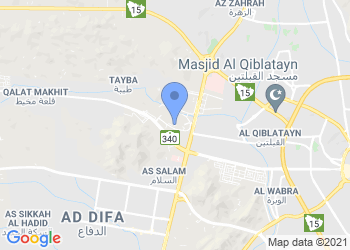