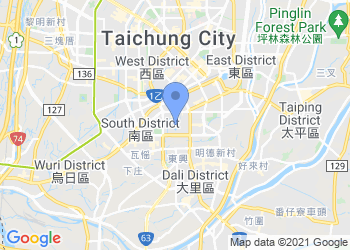 UniPage Services Admissions assistance
National Chung Hsing University (NCHU) - public higher education institution in Taiwan. NCHU was founded in 1919. The university campus is of urban type and is located in the vicinity of Taichung.

Application process and the cost of tuition. The applicants must pass examinations as a part of the admission process. National Chung Hsing University is among the universities that divides the academic schedule into semesters. NCHU has affordable bachelor’s programs that cost less than 1,000 USD/year. In order to obtain a master’s degree the student must spend about 1,000 USD per year. More information regarding tuition, admission and programs is available on the official website http://www.nchu.edu.tw.

The composition of the university. National Chung Hsing University is average in size with a capacity of 15 thousand students. Foreign citizens can also apply to the university. The ratio of foreign students at NCHU is 4% of all students. The Approximate number of specialists teaching at NCHU is 968.

Infrastructure of NCHU. The university has its own library.

The University has undergone a number of significant stages of change. It began as the Advanced Academy of Agronomy and Forestry, founded by the Japanese in Taipei in 1919. After 1928, the Academy became a special department affiliated to Taihoku Imperial University (nowNational Taiwan University).But the department became an independent school again in 1943, and was moved to Taichung. After the Restoration of Taiwan in 1945, the school was reorganized and renamed Taiwan Provincial Taichung Agricultural Junior College. In 1946, the Junior College evolved into a higher institution, Taiwan Provincial College of Agriculture. Then in 1961, it combined with the newly-established College of Science and Engineering on the same Taichung campus and the College of Law and Business founded in Taipei in 1949, to become Taiwan Provincial Chung Hsing University. In 1964, an Evening School was set up on the Taipei Campus. In 1968 another Evening School and the College of Liberal Arts were added to the Taichung Campus. Thus the University continued to grow in size, but it was not until 1971 that it became a national university, and assumed its present name: National Chung Hsing University. The College of Veterinary Medicine was established in September 1999. In February 2000,...