Thammasat University (TU) - public higher education institution in Thailand. TU was founded in 1934. The university has an urban campus in Pathum Thani.

Application process and the cost of tuition. The main criterion for admission is examination results. Thammasat University divides its academic year into semesters. TU has affordable bachelor’s programs that cost less than 1,000 USD/year. In order to obtain a master’s degree the student must spend about 1,000 USD per year. More information regarding tuition, admission and programs is available on the official website http://www.tu.ac.th.

Infrastructure of TU. The students have access to the university’s library.
Despite the ongoing pandemic and current political agenda, admission to foreign universities will continue under normal conditions.
Free consultation UniPage services
Location on map 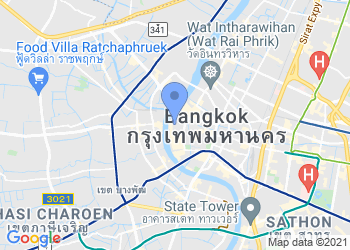 Thammasat University, the second oldest university in Thailand, is one of the best known and respected institutions of higher learning in the country. Officially established on 27 June 1934, the university was originally named "Thammasat Lae Karn Muang" or the "University of Moral Science and Politics". It started out as an open university with 7,094 students enrolled in its first academic year studying law and politics. The guiding philosophy of the the university was "to teach students to love and cherish democracy". Over the decades since its founding, Thammasat University has evolved from being an open university for law and politics to a prestigious international university offering all levels of academic degrees across a broad spectrum of fields and disciplines. It has graduated more than 300,000 undergraduate and graduate students who have greatly contributed to the development and progress of Thai society and the nation. The university's alumni have included Royal Family members, prime ministers and government figures, leading corporate figures and national artists. Presently, Thammasat University has over 30,000 students (25,000 undergradutes) enrolled in 23 faculties, colleges and institutes: the faculties of Law; Commerce and Accountancy; Political Science; Economics; Journalism and Mass Communication; Liberal Arts; Social Administration; Sociology and...