Application process and the cost of tuition. The applicant must pass examinations as a part of the admission process. Upon review about(80%) of applicants receive a positive response. National University of Costa Rica chose to divide its academic year into semesters. 1,000 USD/год. The university also offers master’s programs that cost USD per year. On the official website of the university (http://www.una.ac.cr) you can read more about the programs and associated tuition fees.

The composition of the university. Being a medium scale university, National University of Costa Rica teaches more than 13 thousand students. Foreign citizens can submit their applications along with the local students. The university employs 1500 teachers and professors. You can find the university on Flickr, Itunes, Twitter, Youtube, Facebook, Linkedin, Instagram, which might tell you more about the day to day life of UNA.

Infrastructure of UNA. The library is available to all of the students. The university is a member of Consejo Nacional de Rectores (CONARE).
UniPage Services Admissions assistance
Location on map 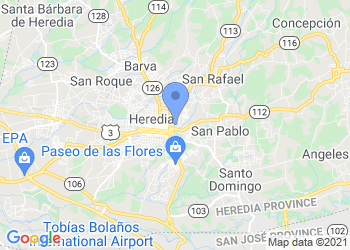 UniPage Services Admissions assistance
Universities related to National University of Costa Rica
Universities in this country
Information is exploratory. For accurate information, refer to the official website of the school.
Advanced search
Showing 1-5 of 69 items.