Application process and the cost of tuition. The admission committee requests both examination results and the document on previous academic performance. The cost of tuition for the bachelor’s programs is around 11,000 USD per year. Doing your master’s studies at London Met is not cheap - a year of studies will cost you 13,000 USD. In addition, the scholarships provided by the university allow for partial coverage of tuition expenses. For more information you can visit the official website of the university http://www.londonmet.ac.uk.

The composition of the university. London Metropolitan University is a big educational institution, attended by more than 22 thousand students. Foreign applicants are not excluded from the admission process. Today, about the quarter of all students are foreigners. At London Metropolitan University about 667 teachers and professors share their professional expertise. Foreign specialists are the majority of the academic staff. The students may participate in various student exchange programs. The university is also present on social media platforms: Twitter, Youtube, Facebook, Linkedin.

Infrastructure of London Met. The university has its own library. The university belongs to the number of groups and associations like the European University Association (EUA), as well as the Million+ and Universities UK.
UniPage Services Admissions assistance
Location on map 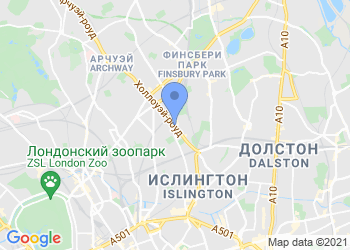