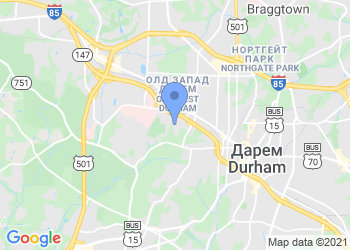 University ranking. Being one of the most prestigious universities in United States,Duke University never leaves the top 20 according to national ratings. The university is in the top 5% of the most prestigious educational institutions on the planet. It is famous for its education quality in the following disciplines: «Arts and Humanities», «Engineering and Technology», «Life Sciences and Medicine», «Natural Science», «Social Sciences and Management», «Mathematics», «Physics», «Chemistry», «Computer Science», «Economics & Business». The university is one of the best when it comes to the quality of education, ranking in the top 100 in international rankings. DUKE is popular among the employers as they gladly hire its graduates.

Application process and the cost of tuition. For evaluation the university uses the applicant's academic performance and examination results. Applicants to Duke University face serious competition as only 1 out of 6 students will be accepted, thus the application process should be handled with extra care. The academic year is traditionally divided into semesters. Obtaining a bachelor’s at DUKE is anything but cheap with tuition fees of 47,488 USD per year. Doing your master’s studies at DUKE is not cheap - a year of studies will cost you 43,000 USD. Despite this the students can apply for scholarships provided by the university. The prospective students would be happy to know that the university also offers online programs. On the official website (http://www.duke.edu) of the university you can find a more accurate information regarding the tuition fees of different programs.

The composition of the university. Duke University is medium in scale, teaching no more than 15 thousand students at a time. Foreign applicants are not excluded from the admission process. It is worth mentioning that every 6 student of the university came from abroad. More than 3 thousand teachers are employed by the university. The university participates in a variety of international exchange programs between students and academic staff. The university is present on social media: Itunes, Twitter, Youtube, Facebook, Linkedin, so if you want to know more about its daily happenings and events this is the place to go.

Infrastructure of DUKE. There is a library on the campus. The students can live on campus if the apply for a dormitory room. The university belongs to the number of groups and associations like the 568 Group, as well as the Association of American Universities (AAU) and Oak Ridge Associated Universities (ORAU), Sport affiliations and memberships: National Collegiate Athletic Association (NCAA).

Duke University was created in 1924 by James Buchanan Duke as a memorial to his father, Washington Duke. The Dukes, a Durham family that built a worldwide financial empire in the manufacture of tobacco and developed electricity production in the Carolinas, long had been interested in Trinity College. Trinity traced its roots to 1838 in nearby Randolph County when local Methodist and Quaker communities opened Union Institute. The school, then-named Trinity College, moved to Durham in 1892. In December 1924, the provisions of James B. Duke's indenture created the family philanthropic foundation, The Duke Endowment, which provided for the expansion of Trinity College into Duke University. As a result of the Duke gift, Trinity underwent both physical and academic expansion. The original Durham campus became known as East Campus when it was rebuilt in stately Georgian architecture. West Campus, Gothic in style and dominated by the soaring 210-foot tower of Duke Chapel, opened in 1930. East Campus served as home of the Woman's College of Duke University until 1972, when the men's and women's undergraduate colleges merged. Both men and women undergraduates now enroll in either the Trinity College of Arts & Sciences or the Pratt School of Engineering. In...