Tohoku University or 東北大学 - public higher education institution in Japan. Tohoku University began its activity in 1907. The main building of the university is located in Sendai inside an urban campus.

University ranking. Tohoku University is considered to be one of the most prestigious universities of Japan taking its rightful place among the top 5 educational institutions of the country. Every year the university manages to get into the top 5% of the best world universities. Its expertise lay in the fields of: «Arts and Humanities», «Engineering and Technology», «Life Sciences and Medicine», «Natural Science», «Social Sciences and Management», «Physics», «Chemistry». The university is in the top 100 in education quality. According to surveys the university has a high standing among employers.

Application process and the cost of tuition. The applicants must pass examinations as a part of the admission process. Tohoku University is one of the most selective universities in the world, accepting 1 out of 10 students who submitted the aplication. The academic year is divided into semesters like in many other educational institutions of Japan. A year of bachelor studies will cost you around 4,712 USD. Tohoku University is considered to be a pricey option when it comes to obtaining a master’s degree - 4,712 USD per year of study. In addition to low tuition fees the university provides the students with extra financial assistance in the form of scholarships. Not everyone can study full time, so Tohoku University offers such students a wide range of online programs. On the official website of the university (http://www.tohoku.ac.jp) you can read more about the programs and associated tuition fees.

Infrastructure of Tohoku University. The university has a functioning library. For those who require accommodations dormitories on and off campus are offered.
Despite the ongoing pandemic and current political agenda, admission to foreign universities will continue under normal conditions.
Free consultation UniPage services
Location on map 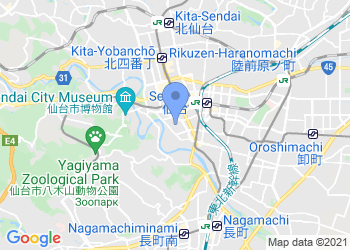 Tohoku University was founded in 1907 as the third imperial university, during the period when Japan had begun to transform itself into a modernized society. Since then, it has played a leading role in both research and education in Japan, and is now ranked among the top universities in the Asia-Pacific region. From the start Tohoku University has maintained uniqueness within Japan. The university has always conceived strong loyalty to science while other former imperial universities have tried to meet the governmental needs. This has resulted in remarkable success in the University's own research and also the cultivation of brilliant students who have maintained a desire for science even after they left the university. A typical example, and probably the best known is Mr. Koichi Tanaka, the 2002 Nobel Prize laureate and a graduate of the class of 1983. The university sees science as something to be used for the good of humanity. This has encouraged us to apply the most advanced scientific knowledge in various fields such as engineering, medicine, and law, to the needs of society. The university is widely regarded as one of the most active in industry-university cooperation in Japan. We have also placed great emphasis...

Tohoku University is a research-oriented institute located in Sendai-the ‘ City of Trees’ – in the heart of the Tohoku (northeast) region of Japan. The university was established in 1907 as Japan’s third Imperial University, it became the first Japanese university to accept female students. Tohoku University has become one of Japan’s leading universities, with 10 Faculties, 16 Graduate Schools, 3 Professional Graduate Schools, 6 Research Institutes, and affiliated research and education centers. The number of students enrolled at Tohoku University is 17,852 including 1,532 international students, and the number of academic and administration staff is approximately 6,379 including 321 international academic staff (as of May 1, 2014) . Under its ‘Research First’, ‘Open-Door’ and ‘Practice-Oriented Research and Education’ principles, Tohoku University aims to establish ourselves as an internationally recognized university and research center through producing top-class research in the world, while it nurtures highly-specialized human resources who are rich in humanity and capable of leadership that contributes to knowledge and the advancement of society from international perspective