Japanese universities do not follow trends — they set them. It is here where the world's most advanced laboratories are located, revolutionary discoveries are being made at local universities, and the quality of Japanese products, equipment and training is renowned around the world. For many years, the Land of the Rising Sun was closed to foreigners, but at the end of the XX century the doors of the majority of Japanese universities were opened for young people who plan to connect their lives with advanced technologies, innovative developments and science. 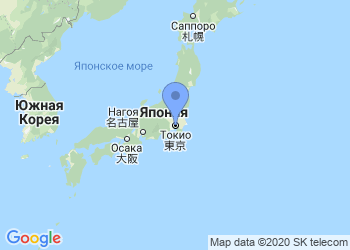 Information is exploratory. For accurate information, refer to the official website of the school.
Advanced search
Showing 1-20 of 1,017 items.

Requirements for admission to universities in Japan

In order to get accepted into a Japanese university, an applicant must complete a twelve-year high school program. Students from countries where secondary education takes 11 years can:

Foundation courses at Japanese Language Institutes last approximately 1 or 2 years. The beginning of training traditionally coincides with the sakura blossom period in April. Programs that last 1.5 years begin in October.

Please note that the language of instruction of such courses is Japanese, so all students must know the language at a minimum level of N5 (A1).

The training program consists not only of Japanese classes, but also subjects in the direction chosen by the student. Usually there are two of them: natural science and humanities.

The contact person is a Japanese citizen or a foreigner temporarily residing in Japan who delivers documents to the university. In the absence of such an intermediary, applicants need to write to the university’s admissions committee, which organizes the acceptance of documents directly.

At the end of the foundation courses and before entering the university, students pass entrance tests. Different universities may choose different ways of conducting them, but the most popular are the EJU and JLPT exams. EJU is an exam designed specifically for international students who wish to study at a Japanese university. It checks the the knowledge of applicants in desired disciplines. JLPT is a test for determining the level of the Japanese language. Usually, students must have a level of N2 or higher to enter a university.

Upon admission to the master's and doctoral programs, you may additionally require:

Types of educational institutions in Japan

In Japan, there are several types of institutions in charge of Higher Education:

Graduate schoolss can be either autonomous organizations or part of the university. They are designed specifically for the teaching of graduate and doctoral programs. Japanese language institutes offer students Japanese culture and language programs and organize annual preparatory courses.

The following types of educational institutions are responsible for vocational education in Japan:

All universities in Japan can be divided into three groups:

Free universities in the country

There are no free universities in Japan, but there are many ways for foreign students to receive financial support and, therefore, not pay for their studies.

All scholarship programs are divided into four types:

A complete list of all possible scholarships and the exact conditions for receiving them can be found here.