Application process and the cost of tuition. The admission process involves prior academic performance evaluation. The university shares the popular system in Belgium that divides the academic year into semesters. 2,500 USD/год. ETF is considered to be a pricey option when it comes to obtaining a master’s degree - 2,500 USD per year of study. Even though the tuition fees are not that high, the students still can apply for scholarship. Not everyone can study full time, so Evangelische Theologische Faculteit Leuven offers such students a wide range of online programs. For more information you can visit the official website of the university http://www.etf.edu.

The composition of the university. Evangelische Theologische Faculteit Leuven can be classified as small with only 300 students. Foreign applicants are not excluded from the admission process. The academic staff consists of 50 specialists. The students may participate in various student exchange programs. The university is also present on social media platforms: Linkedin.

Infrastructure of ETF. The university has a dedicated library. Evangelische Theologische Faculteit Leuven has a variety of sports facilities which might be important to many students.
Free consultation UniPage services
Location on map 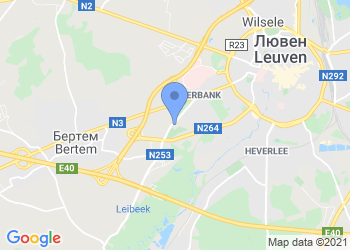