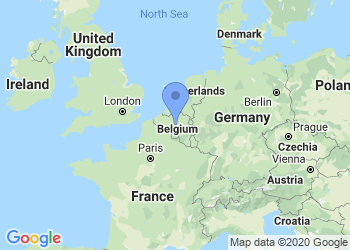 Requirements for admission to universities in Belgium

It should be mentioned that non-EU/EEA nationals applying to Belgian universities are subject to the additional payment system. Those vary greatly depending on the program, type of institution, and region in which a certain college or university is located.

Upon admission to various universities in Belgium, requirements may differ. When applying to the Walloon Universities, you must provide a confirmation of previous diploma — Équivalence. It is issued by a special organization Équivalence service located in Brussels.

Each community in Belgium has its own higher education structure.

The Flemish and Walloon communities divide all educational institutions into universities (universiteiten, universités) and colleges (hogescholen, hautes écoles). In addition, the French separate art schools from colleges (Écoles supérieures des Arts), as they are allowed to organize their own entrance exams.

In the German-speaking community there is only one college (Autonome Hochschule in der Deutschsprachigen Gemeinschaft), which provides training in education and health.

Universities of the Flemish region

Universities of the French region

Universities of the Flemish region

On average universities of Flanders show better academic results than universities in Wallonia. They occupy higher places in world rankings (5 out of 8 Belgian universities in the top 500 are in the Flemish region), and their students have higher academic performance (according to PISA 2015)[6]. Universities teach a diverse range of specialities, ranging from healthcare to IT.

All higher educational institutions of the Flemish region can be divided into the following groups:

Universities have undergraduate, graduate and doctoral programs. A major part in the educational process is the student’s academic and scientific achievements, especially if he is going to continue studies.

University colleges also have undergraduate and graduate programs, but are not related to scientific activities and have a much more practical orientation, allowing students to find work as soon as possible.

Art schools are considered universities and university colleges, at least 80% of the educational programs of which are conducted in areas related to the visual or performing arts, music and media. The largest Flemish art schools are LUCA School of Arts, Royal Institute for Theatre, Cinema and Sound (RITCS) and two Royal Academies of Fine Arts in Brussels and Antwerp.

Universities of the French region

Higher education in the French region is represented by three groups of educational institutions:

All educational institutions are subordinate to one governing body — the Academy for Research and Higher Education — ARES (Académie de Recherche et d'Enseignement Supérieur). The Academy oversees the activities of 6 universities, 19 general colleges and 16 art schools in Wallonia and Brussels.

Colleges, like in the Flemish region, provide training in specialized professional areas.

The University of the German-speaking region

Autonomous University in the German-speaking Community (Die Autonome Hochschule in der Deutschsprachigen Gemeinschaft) is the only higher educational institution in the German-speaking community of Belgium. Here, education is offered in three main areas — healthcare, education, and accounting. Submission of documents is possible only in person at the university study committee, and the admission process itself consists of a test that evaluates the basic mathematical and linguistic abilities of the applicant and an interview. To enter the Autonomous University, you must have a TestDaF result of at least TDN 3 (B2).

University colleges have their undergraduate and graduate programs. The undergraduate program is divided into two main types — "professional" and “academic” programs. A professional bachelor's degree lasts three academic years and involves subsequent employment. An academic bachelor’s lasts about 4 years but makes it possible to enter a master's program at a university college or, through an annual preparatory program, to a university master's program. In addition, many colleges offer undergraduate special annual programs for continuing education.

Compulsory internship at the workplace has an important place in the educational program: colleges enter into agreements with potential employers, allowing their students to immediately apply their knowledge in practice. Many colleges also provide international work experience, sending students abroad for up to a full year of study.

State and private universities in Belgium

Of the six major universities in Belgium, only two are considered state universities — Liege and Ghent, two more are funded by the Catholic Church — Leuven and Louvain, the rest are independent of the state or the church — Free Universities of Brussels (Dutch and French).

In Flanders, the Dutch organization NVAO assesses universities’ compliance with accepted educational standards (Nederlands-Vlaamse accreditatieorganisatie). To date, of all Flemish private universities just two are accredited — Vesalius College and the Brussels School of International Studies. In Wallonia, this is done by AEQES (l'Agence pour l'Evaluation de la Qualité de l'Enseignement Supérieur), which currently does not recognize any private French-speaking university.

In addition, non-governmental non-profit organizations are involved in university accreditation. The most famous are Qfor (a Belgian private school certification company), ACBSP (International Council for Business Schools and Programs) and ECBE (European Council for Business Education).

During the accreditation, the structure and content of educational programs, the condition of buildings, the qualifications of employees are evaluated, some companies even conduct interviews with students or university graduates. In case of positive verification results, a certificate is issued to the university. However, the availability of such a certificate does not mean that a private university diploma will be recognized in another public educational institution.

Groups and associations of educational institutions in Belgium

Structuurdecreet document, that officially approved the structure of bachelor’s and master’s programs, quality standards for higher education and their assessment system, was adopted in Belgium in 2003. Also, this order allowed universities and university colleges to collaborate within non-profit associations. The educational institutions within the association are connected by a facilitated transfer or admission from one university to another, exchange programs, general areas of scientific research and teaching methods.

There are five of them in Flanders today:

Wallonia universities cooperate in the framework of the three associations:

Tuition in Belgium is free for EU/EEA/Swiss nationals studying in the universities of the French community. However, even there students have to pay registration fees. In certain cases universities issue need-based grants or reduce the fees depending on a student’s financial situation.

There are also scholarships and exchange programs available for international students. The most widespread are: