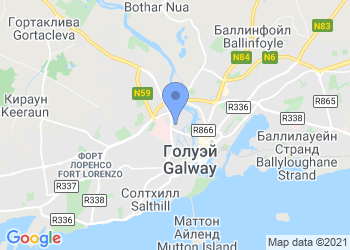 University ranking. National University of Ireland, Galway is in top 5 universities of Ireland according to the national rankings. National University of Ireland, Galway is one of the most famous and prestigious universities in the world. It excels in the fields of: «Arts and Humanities», «Engineering and Technology», «Life Sciences and Medicine», «Natural Science», «Social Sciences and Management». The university is considered to be among the best in the quality of education and ranks in the top 400 in that criterion. The graduates of the university are viewed as valuable employees in Ireland thus have no issues finding jobs upon graduation.

Application process and the cost of tuition. Like in many universities of Ireland the academic year consists of two semesters. A year of bachelor studies will cost you around 15,572 USD. NUIG is considered to be a pricey option when it comes to obtaining a master’s degree - 14,995 USD per year of study. Here you can choose from a wide array of full-time programs, however the students are not limited to them as the university also offers online courses and programs. On the official website (http://www.nuigalway.ie) of the university you can find a more accurate information regarding the tuition fees of different programs.

The composition of the university. National University of Ireland, Galway is average in size with a capacity of 13 thousand students. The admission committee accepts the applications from foreign citizens. One in 6 students is a foreigner. The university employs 1700 teachers and professors. The amount of foreign specialists is very considerable. The university participates in a variety of international exchange programs between students and academic staff. The university is present on social media: Twitter, Youtube, Facebook, so if you want to know more about its daily happenings and events this is the place to go.

Infrastructure of NUIG. The university has a dedicated library. It is a member of European University Association (EUA), as well as Coimbra Group.