Universities in Ireland were subordinate to Great Britain until the middle of the 20th century, so their modern appearance was influenced by the best educational traditions of the United Kingdom. Now Irish universities have their own development trajectory: they are modern research centers that combine centuries of experience and bold innovations. The country's universities and colleges provide world-class English-language education to foreigners at an affordable price. 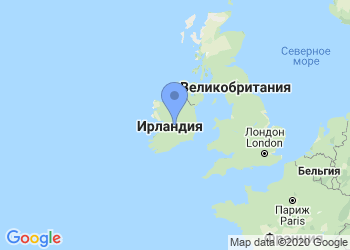 Information is exploratory. For accurate information, refer to the official website of the school.
Advanced search
Showing 1-10 of 78 items.

Advantages of universities in Ireland

Disadvantages of universities in Ireland

Admission requirements to universities in Ireland

To enter bachelor’s studies in Ireland one will need a certificate of complete secondarу education (12-13 years). However, Irish universities also accept applications from citizens whose countries have an 11-year school system. In rare cases, documents can be submitted only after 1 year of university or passing the Foundation — it all depends on the individual requirements of each university.

In the certificate, it is not so much the average mark that is important as the marks in English and mathematics. In addition, an IELTS language certificate with a score of 6.0 or TOEFL iBT 90 is required.

Applicants from the EU can apply through the Central Application Office, citizens of other countries apply directly to the university of their choosing. It is recommended to start preparing for admission one year in advance. There are 2 deadlines for accepting applications: an early one at the beginning of February and a standard one at the end of June.

Documents required for admission to universities in Ireland

Types of universities in Ireland

Universities are traditional European higher education institutions, working under the Bologna system. There are 8 of them in the country. In Ireland, the university can be "separate", like Dublin City University, or combine several universities and colleges, like the National University of Ireland. In the latter case, each institution is a completely autonomous university, and the central branch performs only administrative functions.

Institutions of the National University of Ireland (NUI)

Institutes of Technology. Since its inception in the 1970s, Institutes of Technology have expanded their training programs significantly. Now, not only future highly specialized technical specialists like engineers or programmers study here, but also students of other applied specialties. Among them: business, linguistics, and music. In the world rankings, technological institutes are still far from university giants with centuries-old traditions, but this will come with time: Technological University Dublin has already entered the top 100 best young universities in the world. In the meantime, you can take advantage of the relatively low cost of training in 14 young progressive institutions.

Best Institutes of Technology in Ireland

Colleges are based on the English model and just like universities, are the third stage of education. Their diplomas are regarded in the same way as university degrees. In Ireland, colleges can be independent or part of a large university while maintaining their autonomy. The most famous and prestigious college in the country is Trinity College Dublin. Its diploma is highly regarded around the world. There are also 4 colleges of education, where you can get specialized teacher education at the bachelor's, master's, and Postgraduate Diploma levels. Finally, there are over 20 private colleges in Ireland with a variety of disciplines. Most often they specialize in one area. The most common colleges of business education are those where MBA programs are taught.

All of the above types of colleges accept foreign applicants. But in professional colleges, admission is available only to local school graduates.

Public and private universities in Ireland

Public universities include all universities, affiliated colleges, teacher training colleges, and institutes of technology. They are funded by the government, but also often receive large financial contributions from organizations and individuals. Among state educational institutions, there are many more universities with a rich history and a worldwide reputation, therefore, education in them is considered more prestigious, and the competition for admission is higher than in a private college. Irish, EU, and UK citizens can study at public universities for virtually no cost. This option is not available for applicants from other countries, but there is a chance to receive a government scholarship.

Private universities in Ireland are represented by various colleges and business schools. The most famous of them are Griffith College, Dublin Business School, and CCT College Dublin. Despite the lack of government funding, the cost of studying at these universities in most cases does not exceed the price of renowned universities and colleges. In the educational programs of private institutions, much attention is paid to building a career: students receive demanded practical skills and undergo internships in partner companies. All private colleges accept foreigners, and many offer their own scholarship programs.

Groups and association of educational institutions in Ireland

Free tuition at public universities in Ireland is available to local residents and EU and UK citizens. The rest of the applicants can count on financial support in the form of scholarships, grants, or tuition discounts. Typically, payments cover from 20 to 50% of the study costs. Scholarships are most often awarded according to one of the following criteria:

Also, doctoral and master's students in research programs often have an opportunity to save on tuition fees. During their studies, they are provided with scientific grants. In return, students work part-time in the department or in the laboratory, helping teachers in their work.