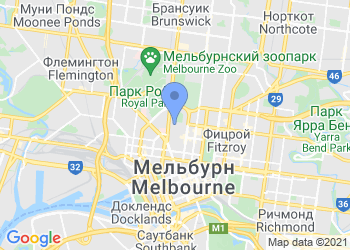 The University of Melbourne is an internationally recognised research intensive university with a strong tradition of excellence in teaching, research and research training and community engagement. Established in 1853, it is Australia's second oldest university. Situated on the edge of the City of Melbourne's central business district, the University is uniquely placed, serving as the hub for the vibrant Melbourne-Parkville research precinct, one of the world's leading centres of medical and biotechnological research, and as an essential ingredient of the cosmopolitan inner city Carlton/Fitzroy neighbourhoods. The city of Melbourne has also been listed as one of the best cities for students in the QS World University Rankings for Best Student Cities, ranking second behind Paris. It also ranked first in the world in the Economist Intelligence Unit’s 2014 Global Liveability Survey. Melbourne offers six undergraduate degrees and more than 340 graduate programs, including research degrees, professional development programs and a suite of professional entry programs in Architecture, Law, Teaching, Nursing, Medicine and Social Work, among others. These programs are delivered to about 55,000 students each year, of which 30% are international students from over 150 countries. Melbourne's outstanding performance in international rankings puts it at the forefront of higher education globally. It is ranked 33rd worldwide and first in Australia in the Times Higher Education (THE) global ranking and 41st worldwide and first in Australia in THE’s most recent reputation rankings. The University, at 44th, is also Australia’s leading university according to the Shanghai Jiao Tong’s 2014 Academic Ranking of World Universities.

Melbourne is a member of the Group of Eight research intensive universities, a member of the Asia-Pacific Rim of Universities and of the Universitis 21 network. The University of Melbourne is one of the finest universities in the world, highly regarded for its distinctive contribution to society through its research, learning and teaching and engagement. Melbourne offers an outstanding education designed to equip students to succeed in a globalised environment. Its six broadly based undergraduate degrees, followed by a professional graduate degree or a research higher degree, are aimed at attracting the brightest students from the widest range of backgrounds. As a world-class research institution, Melbourne seeks to harness its research to help meet global challenges. With active researchers across the spectrum of research fields, it has established a series of cross-disciplinary research institutes designed to more effectively deal with societal challenges. The University of Melbourne has also refocused its research priorities to better address the major challenges facing the world and to increase its global research competitiveness. It harnesses its research capability to address three Grand Challenges facing the world: understanding our place and purpose, fostering health and wellbeing and supporting sustainability and resilience. The University focuses on building research collaborations across the University and externally with government, industry and other universities. The University has educated several of Australia’s Nobel Laureates including pioneering immunologist Sir Frank Macfarlane Burnet, and Elizabeth Blackburn, who won the 2009 prize in Physiology or Medicine. Nobel Laureates on staff include Laureate Professor in the Department of Microbiology and Immunology Peter Doherty, whose research focuses on the immune system and who described how the body's immune cells protect against viruses.

An internationally engaged institution, the University participates in public debate, contributes to the development of government policy, links research and teaching with industry and communities, develops deep beneficial relationships with alumni, and applies the outcomes of research to international capacity building programs in developing countries. The University runs a concerted public engagement program to connect with the local, national and international community. Students staff and members of the public at all stages of their learning journey can engage with national and international thought leaders through activities including the University’s biennial Festival of Ideas and its public lecture program. Spurring informed debate and discussions is part of the University’s role furthering intellectual endeavour by giving the public the chance to engage with leading national and international experts and thinkers. As a public-funded and public-spirited institution the University of Melbourne is committed to sharing experience and research findings of its experts with the Australian and international community. The opinions and ideas of University academics, experts in their fields by virtue of their years of research, add depth to the public discourse and educate the public about complex problems. Key University research successes include the development of the world-first Bionic Ear (Cochlear Implant) at the University’s department of Otolaryngology. Professor Graeme Clark, Foundation Professor of the Department of Otolaryngology in 1970, led the team that developed the prototype, which was implanted into the first patient in 1978.