University of Szeged or Szegedi Tudományegyetem (SZTE) - public higher education institution in Hungary. The history of SZTE can be traced back to1581 . The main building of the university is located in Szeged inside an urban campus.

University ranking. This educational institution is rightfully renowned worldwide as international rankings call it the best in Hungary. University of Szeged is a highly renowned educational institution in Hungary and abroad. It is very proud of its long history and rich traditions. University of Szeged is highly renowned as a university that managed to stay in the top 5% worldwide rankings. According to the international rating the university is in the top 370 in the area of "Arts and Humanities".

Application process and the cost of tuition. For evaluation the university uses the applicant's academic performance and examination results. The competition is quite mild with a ratio of 1 to 2. The academic schedule is divided into semesters. A year of bachelor studies will cost you around 4,500 USD. A master’s degree of SZTE will cost a student a significant sum of 5,000 USD per year. In addition to low tuition fees the university provides the students with extra financial assistance in the form of scholarships. Online programs are available for the students of the university. More information regarding tuition, admission and programs is available on the official website https://u-szeged.hu.

The composition of the university. Being a medium scale university, University of Szeged teaches more than 19 thousand students. The university accepts applications from foreign students. Among the students every 5 is a foreigner. The academic staff includes more than 2000 teachers and professors. The university is an active participant of international programs aimed at academic exchange of students between the educational institutions. University’s social media profiles can give you more information about the students and current events: Youtube, Facebook, Linkedin.

Infrastructure of SZTE. The university has a functioning library. For those who require accommodations dormitories on and off campus are offered.
Despite the ongoing pandemic and current political agenda, admission to foreign universities will continue under normal conditions.
Free consultation UniPage services
Location on map 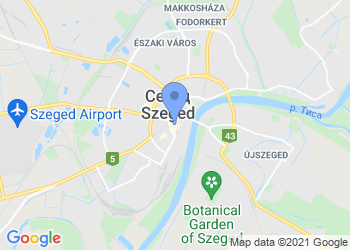 Description of University of Szeged

The University of Szeged traces its origins back to 1581 with the foundation of the Academia in Cluj (Kolozsvár). In 1872 the Hungarian royal university was established and the university operated in Cluj until 1921 when it was moved to Szeged. The year 2000 was a milestone in the history of the university: the higher education institutions of Szeged were integrated under the name University of Szeged. At present the University has 12 faculties covering the fields of arts, sciences, law, economics and business administration, engineering, medicine, pharmacy, dentistry, health sciences, education, agriculture and music. It also provides quality education at the levels of Bachelor, Master, scientific (PhD), higher-level vocational and postgraduate specialist training programmes. The University’s educational mission also embraces medical assistance, conducting internationally competitive research activities and fulfilling its role as a research university. The wide scope of its research and creative activities include basic and applied research, creative arts, product- and service development. Concerning the size of the University of Szeged, it is one of the biggest universities in Hungary, with nearly 27,000 students and more than 7,000 employees altogether, including about 2,200 academic staff. Partnership in research, quality education and innovation are integral parts of the University of Szeged which in recent years has produced tangible results both in terms of joint efforts with businesses and cooperation with other actors of higher education. Thanks to partnership in research and innovation with various companies and organizations, the successes of scientific activity at the University of Szeged promote the attainment of practical, significant and remarkable results that will positively affect education as well. The University also works in close cooperation with the Hungarian Academy of Sciences in three key research areas, namely in natural sciences, humanities as well as in medicine and pharmacy. A number of outstanding professors work and have worked at the University of Szeged, including Nobel Laureate Albert Szent-Györgyi, who was the first to isolate Vitamin C, extracting it from Szeged paprika