Universities in Hungary are one of the oldest in Europe: their appearance dates back to the very beginning of the Renaissance — the 14th century. And today's modern system of higher education, which consists of universities and colleges, was formed in the 20th century[0]. A major step in the modernization of education was the introduction of the Bologna process in 1999[1]. Thanks to this system, Hungarian diplomas are recognized in the EU and in many other countries.

The Hungarian government is actively developing education in the country: increasing funding for scholarships[2], increasing the number of English-language programs[3], developing programs to support entrepreneurship in universities[4]. Today, Hungarian universities are becoming more popular among applicants: in less than 20 years, the total number of students in the country has increased 4 times, and the number of students from abroad is increasing every year. As of 2017, 9% of all Hungarian students were foreigners, and 5% were citizens of other EU countries[5]. 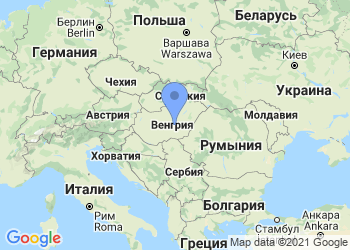 Information is exploratory. For accurate information, refer to the official website of the school.
Advanced search
Showing 1-10 of 94 items.

Advantages of universities in Hungary

Disadvantages of universities in Hungary

Requirements for admission to Hungarian universities

Students can enter Hungarian universities after graduating from school or bachelor’s/master’s studies. Training is conducted in Hungarian, English, French, and German. Foreigners study mainly in English: universities have a large selection of English-language programs. Those who wish to learn Hungarian can attend the language courses, but this will require another year or so, as the language is complex and rare.

To enroll, an applicant needs to confirm the knowledge of English with a certificate of international exams IELTS or TOEFL. It is also necessary to prepare your documents for submission: a certificate of graduation, letters of recommendation and motivation, and other documents required by the chosen program. Entry requirements depend on the institution, degree, and specialty. Some universities conduct interviews and entrance exams. The whole process involves application and exam fees.

Types of educational institutions in Hungary

There are two types of higher education institutions in Hungary:

Universities are large organizations with multiple campuses, while colleges are small institutions.

There are also branches of foreign higher education institutions in Hungary. For example, Central European University — accredited in the USA and Austria, McDaniel College — the European campus of McDaniel College of Maryland, International Business School — a private college accredited in the UK and the USA, issuing diplomas of Buckingham University.

Legally, there are no differences between universities and colleges. However, unlike universities, colleges are oriented towards a more practical education, since they mainly offer bachelor’s and short professional programs, as well as conduct applied research[11]. Such studies are aimed at solving specific problems, so their results are of immediate practical importance. Colleges may also function as faculties of other universities.

College programs last three or four years and graduates receive a college diploma foiskolai oklevel. This is the first level of higher education, which is equivalent to the level of a bachelor. Most colleges in Hungary are privately owned or sponsored by churches. These include Wekerle Sándor Business College, John Wesley Theological College Budapest, Tomori Pál College, Edutus College.

Universities in Hungary, unlike colleges, focus on theoretical education. They issue degrees and offer doctoral programs. In Hungarian universities, there are more master's programs than in colleges. They conduct basic research, which is also known as pure research. It is aimed at expanding theoretical knowledge in a specific field of research[12].

Most universities in Hungary are state-owned. There are also private universities funded by churches, commercial organizations or foundations. The accreditation requirements for both types of universities are the same.

Programs in English are presented in both state and private universities. The cost of an English-language education does not differ much depending on the type of university. However, in public universities there is a greater chance of obtaining scholarships for foreign students. For example, this applies to Stipendium hungaricum and bilateral state scholarships. At the same time, private universities also offer discounts and grants to students. For example, in CEU there is a financial assistance program that covers the full cost of tuition.

Here you can learn more about admission to universities in Hungary. Requirements for applicants vary depending on the university, but the general package of documents includes:

Universities of Hungary are members of major international and European associations:

More than 800 universities participate in the association in 48 European countries. The EUA plays a decisive role in the Bologna process and influences EU policies in higher education, research, and innovation.

The oldest universities in Hungary.

The history of Hungarian universities dates back to the 14th century. The first universities appeared in Pécs (1367) and Óbuda (1395), but they did not survive to this day — they were closed in 1410. So, Pázmány's University is considered the oldest university, founded in 1635[-,].

At that time, universities were created as religious educational institutions, where men were taught theology, medicine, philosophy, and law. Subsequently, many Hungarian universities were secularized and transformed into centers of scientific research. However, today, among the oldest universities, there are universities that continue theological education.

The best medical universities in Hungary

The level of medical academic programs in the country is quite high: 3 universities in Hungary take place from 300-500 in the QS ranking for Life Sciences and Medicine. Hungarian university degrees are recognized in all European Union countries as well as in Israel and India. Medical education in Hungary also allows graduates to take the USMLE exammedical licensing procedure in the US and MCCEECanadian medical council exam [16].

Medical programs, in general, are among the most expensive in the world: tuition costs for a year of studies can reach 50,223 USD. In Hungary, studying medicine is cheaper: the cost of education at the best universities is on average 15,067 USD per year. Training is conducted in English or German. The most expensive programs chosen by foreign students in Hungary are general medicine, dentistry, pharmaceuticals, veterinary medicine[17].

It is worth noting that the procedure for admission to medical programs has its own specifics. The applicant needs to pass the entrance exams. They include tests in biology, chemistry, English and physics, as well as oral interviews in specialized subjects. Information about exams must be checked on the websites of universities, as each university prepares its own tests and assignments.

Universities in Hungary are not expensive compared to the rest of Europe. The minimum price for a year of study for a bachelor's degree is 3,013 USD.

For citizens of Hungary and the European Union, education may be free. Each year, the Hungarian government determines the number of state-funded seats. The best students are selected by academic performance. Normally such students do not need to pay application and registration fees, but depending on the training program, they may be asked to deposit a small sum[18].

Foreign students have the opportunity to study for free under the program Stipendium hungaricum. It was launched in 2013 to make the Hungarian education system more international. More than 5,000 students from around the world began studying in 2019 with this scholarship[19].