Application process and the cost of tuition. The academic year is traditionally consists of semesters. A year of bachelor studies will cost you around 16,989 USD. A master’s degree of CDU will cost a student a significant sum of 19,004 USD per year. Despite this the students can apply for scholarships provided by the university. For more accurate information regarding CDU tuition fees please visit the official website of the university http://www.cdu.edu.au.

The composition of the university. Being a medium scale university, Charles Darwin University teaches more than 5 thousand students. Being a foreign citizen does not exclude you from the admission process. A quarter of students are foreign citizens. About 258 teachers and professors are employed by CDU. Foreign specialists are the majority of the academic staff. The university has international partners which allows its students to participate in exchange programs. The university has social media profiles Twitter, Facebook, Linkedin, where you can learn more about it.

Infrastructure of CDU. The library is available to all of the students. It is a part of the Universities Australia, and also a member of Association of Southeast Asian Institutions of Higher Learning (ASAIHL).
Free consultation UniPage services
Location on map 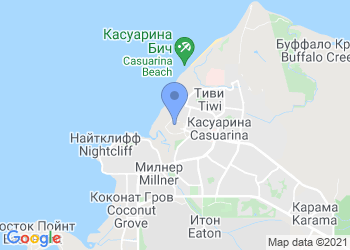 In the spirit of our namesake, Charles Darwin, the naturalist, geologist and father of modern evolutionary theory, CDU places great emphasis on innovative study and research that will change the world and improve people’s lives. Today we have over 22,000 students enrolled in Higher Education, Research and VET spread across nine campuses and centres in the Northern Territory, as well as in Melbourne and Sydney. As one of a handful of universities in the country that provides both Higher Education and Vocational Education and Training (VET) courses, we offer alternative ways to access education, particularly for mature-aged and Indigenous students. As well as gaining a qualification, CDU believes that every graduate should acquire universal skills, qualities and understanding regardless of their disciplines. Reasons to choose CDU •we are in the top two per cent of universities in the world and in the top 100 universities worldwide under 50 years old. (Times Higher Education 2013) •we are the second-fastest growing university in Australia •we are in the top four universities in Australia and New Zealand for research in environmental science and ecology •we teach over 4000 Indigenous students each year.