Application process and the cost of tuition. A year of bachelor studies will cost you around 16,001 USD. Those who wish to get their master’s degree here should be ready to spend at least 17,130 USD per year. More information could be found on the official website of the university http://www.uws.edu.au. 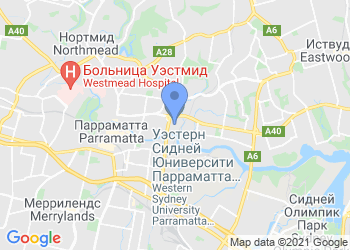 Western Sydney University is an Australian multi-campus university in the Greater Western region of Sydney. We provide undergraduate, postgraduate and higher research degrees with campuses in Bankstown, Blacktown, Campbelltown, Hawkesbury, Parramatta, and Penrith. It is currently ranked in the top 400 in the world in the 2014 QS World University Rankings and 27th in Australia. The university in its current form was founded in 1989 under the terms of the University of Western Sydney Act, 1988, which created a federated network university with an amalgamation between two trade schools – Nepean College of Advanced Education and Hawkesbury Agricultural College. The Macarthur Institute of Higher Education was incorporated into the university in 1989, and in 2001 the University of Western Sydney was restructure as a single multi-campus university rather than as a federation. Located in the heart of one of Australia’s fastest growing economic regions, is an exciting place to be. As the nation’s third largest economy and one of the fastest growing population and employment centres, Western Sydney is an increasingly important, dynamic and culturally diverse hub of business, industry and innovation. With a large multicultural population of more than two million people from 170 nations, Western Sydney’s global links are creating unlimited opportunities for international business, investment, education and cultural exchange. Ranked amongst the top two per cent of universities in the world, Western Sydney University values academic excellence, integrity and the pursuit of knowledge. We are globally focused, research-led and committed to making a positive impact on the communities we engage with.

Western Sydney University is a world-class university with a growing international reach and reputation for academic excellence and impact-driven research. Ranked among the top two per cent of universities in the world, we value academic excellence, integrity and the pursuit of knowledge. We are globally-focused, research-led and committed to making a positive impact on the communities we engage with. As a dynamic place of learning, we continue to challenge traditional notions of what a university ‘should be’ by pushing the boundaries of how knowledge is exchanged. Our approach recognises that learning doesn’t just happen in the classroom. Instead, we offer a combination of on-campus, online and clinical learning environments, with real-life work experience in professional and community settings. With our growing international reach and reputation, we also provide our students with unlimited opportunity to learn, travel and work in more than 300 destinations across the globe. At Western Sydney University we equip our graduates for more than a career. We are unlocking the potential of the next generation of global citizens, leaders and change-makers. CRICOS Code 00917K

Celebrating its 25th anniversary in 2014, the University of Western Sydney (UWS) is a research-led metropolitan university operating over multiple teaching campuses in Greater Western Sydney. UWS is ranked in the top two percent of universities worldwide by the influential Times Higher Education World University rankings, and is also ranked in the top 100 universities in the world under the age of 50. Although a young university, UWS has a long tradition of providing higher education for over 200 years through our predecessor institutions. Today, UWS is one of the largest universities in Australia with 42,000 students. Research Nationally, our reputation for research excellence has placed us in the Australian Research Council’s (ARC) funding top 20. The Excellence in Research for Australia (ERA) national report has provided further evidence on the quality and depth of the University’s research. In this latest national report card, over 70 per cent of the University’s assessed research has been ranked at world standard or better, putting UWS into the top 20 (18th) of research universities. UWS is now a confirmed research leader in Australia, flowing from its investment in areas of research strength, research facilities and high quality research education. UWS CRICOS Code 00917K