Each year thousands of people from around the world send their applications to Austrian universities. The high interest is due to the high quality and affordability of the educational programs. Often the number of foreign and local students in universities is the same. This can be observed in such prestigious institutions as the University of Vienna and the Universities of Innsbruck. Therefore, an international environment is characteristic of the country's educational institutions, and studying there is typically comfortable to any foreigner. 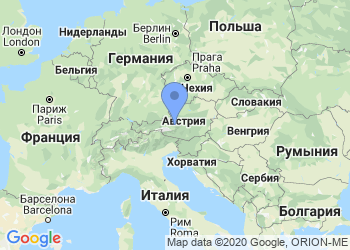 Advantages of universities in Austria

Disadvantages of universities in Austria

All prices and requirements must be checked on the universities’ websites.

In Austria, there is no unified student admission system, so all information about the requirements is posted directly on the websites of the universities.

The applicant is usually required to provide the following:

Some universities additionally arrange written exams, oral tests and interviews. Since 2019, entrance exams have been introduced for more programs. Details about admission and training are posted on the websites of universities and on the educational portal Studiversum (in German only).

Types of educational institutions in Austria

Higher educational institutions in Austria are divided into the following categories:

They obey different laws and are funded from different sources. The share of private universities is relatively small, about a fifth of all higher education institutions. Since the end of the last century, universities of applied sciences (Fachhochschulen) have begun to appear actively.

Austria also has Danube University Krems — university of continuing education. It focuses exclusively on postgraduate qualifications, such as Master’s degrees. In 2014, DUK started to implement doctoral programs. Other postgraduate institutions include the Institute of Science and Technology Austria and the Diplomatic Academy of Vienna.

Additionally, there are university colleges for teacher education in Austria (Pädagogische Hochschulen). They focus on the training of primary and secondary school teachers. In universities, research is carried out in pedagogical practice and educational theories. Public and private Pädagogische Hochschulen offer Bachelor of Education (BEd) programs that last 4 years (240 ECTS credits) and Master of Education (MEd) programs that last 1 year (60 ECTS credits). There are 14 such colleges in the country, 9 of which are public and 5 are private. For admission, you must know German at a level not lower than B2 and have a certificate of a completed secondary education.

There are 22 public universities in Austria (Öffentliche Universitäten), which are the oldest and largest educational institutions in the country. Each of them differs in the method of teaching, research, and in their Third Missioncontribution the university makes to society. Therefore, the applicant needs to familiarize with each university in advance and choose the most suitable one. On average, about 75% of all graduate students study at one of 22 public universities[5]. For this reason, they can rightfully be considered the core of higher education in Austria.

The traditional general education universities of Vienna, Graz, Innsbruck, Klagenfurt, Linz and Salzburg cover a wide range of study programs, while technical and medical universities of the country are focused on highly specialized areas. In Austrian educational institutions, research and teaching are seen as inseparable. Based on this principle, all academic fields try to develop interdisciplinarity.

The Öffentliche Universitäten receive government funding and do not charge tuition fees to EU citizens. Each university has autonomy guaranteed by constitutional law. Universities independently manage their own affairs, such as examinations and faculty.

There are only 16as of September 2019 private higher education institutions or Privatuniversitäten in Austria. They are not funded by the government, so they charge tuition fees to all students regardless of citizenship. Privatuniversitäten focus on various fields of study: from social sciences and economics to law, from medicine and theology to art and music. About 7% of all students study in private universities[6]. Study programs are based around traditional structure, but also use innovative teaching formats and methods. Privatuniversitäten are constantly developing and improving the quality of their programs through continuous internal and external evaluation of teaching and research. Private universities also undergo re-accreditations, which improve the quality of management, which subsequently affects the development of education. Admission criteria are not very different from those in public universities, however, English-language programs are more often found in private universities.

Universities of applied sciences in Austria

There are 21 Universities of Applied Sciences, or Fachhochschulen (FH/UAS). They provide practical and vocational training for students. Fachhochschulen only award Bachelor’s and Master’s degrees, but not PhDs. However, some universities offer professional doctoral programs in partnership with traditional universities. A distinctive feature of Fachhochschulen is a close connection between theory and practice: the educational process involves not only attending lectures and seminars, but also internships in companies. In the scientific life of UAS universities, the main focus is on applied research. A complete list of FHs can be viewed here.

Compared to other public institutions, universities of applied sciences are relatively young. This education sector was launched in 1994 and has shown rapid growth since then. In 2017, more than 20000 people out of nearly 69000 total applicants began their studies at UAS[7]. Therefore, Austria plans to develop Fachhochschulen even further. Unlike research universities, UAS are funded based on the number of places they offer.

Groups and association of educational institutions

The University of Vienna (Universität Wien) was founded in 1365. The university is the oldest and largest higher education institution in Austria. It occupies a leading position in the country by the number of students. More than 94 thousand students study at the university (including international students), and this is almost half of the total number of students in Austria, which is 200 thousand. In many disciplines, the University of Vienna is in the global top-100, history and religious studies are considered the best taught programs there.

Vienna University of Technology (Technische Universitat Wien, TU Wien) is the most prestigious technical university in Austria. The Vienna University of Technology offers topical programs taught by internationally renowned specialists. At the same time, the university cooperates with large companies, taking part in their projects. This allows students to engage in development from the very first days of study. The most popular educational programs are in the fields of IT and engineering.

University of Innsbruck (Universität Innsbruck). With the transformation of the Jesuit school in 1669 by Leopold I, the first king of Belgium, the University of Innsbruck appeared. This higher education institution competes with the University of Vienna for the title of the best university in the country: the top place in various national ratings is frequently occupied by one of these two institutions. Its strongest field of study is physics: most of the university’s budget is spent on its development.

Studying at public universities in Austria is free for EU citizens. If they do not complete their studies in the established timeframe, then they are given two additional semesters. If even then the student exceeds the expected time of study, they pay 383.57 USD for each subsequent semester. Tuition fees for citizens of other countries are 726.74 USD per semester. Private universities and universities of applied sciences charge higher tuition fees.

Interesting facts about universities in Austria