Universities in Spain began their history back in the medieval, and today more than 25 universities in the country are included in the QS global ranking. Spanish universities are regularly accredited by the national education quality assessment agency ANECA. Every year, the percentage of foreign students in them is growing: studying at Spanish universities is significantly cheaper than in the majority of European countries, and local diplomas are recognized worldwide. Last but not least, Spain is the third in the number of UNESCO World Heritage sites after Italy and China — it leaves no one indifferent. 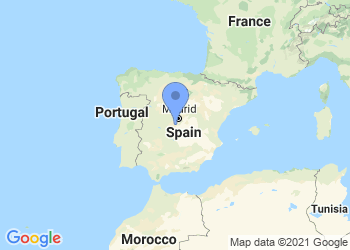 Information is exploratory. For accurate information, refer to the official website of the school.
Advanced search
Showing 1-10 of 335 items.

Advantages of universities in Spain

Disadvantages of universities in Spain

Admission requirements to universities in Spain

The Ministry of Education of Spain has no authority over the university admission process (the same system works in the USA, Great Britain, and a number of other countries), therefore universities have the right to present their own requirements for applicants. Every university in Spain has its own list of the necessary documents and/or examinations required for admission. It may change slightly every year, so it’s worth checking the current requirements on the website of the desired university. Below you can see the standard lists of documents for admission to the bachelor’s, master’s and doctoral programs in Spain.

For admission to the bachelor’s the following is required:

For admission to the master’s the following is required:

For applicants with non-EU bachelor’s degrees:

For admission to the doctoral program the following is required:

For applicants with non-EU master’s degrees:

Types of universities of Spain

Classical universities offer the widest selection of specialties in both the fundamental and applied sciences. Universities themselves, according to the standard European system, are divided into departments and faculties, each of which is focused on a specific field of science.

Most specialties are divided into stages of bachelor’s (Diplomatura) and master's (Licenciatura). Students may choose to not continue their studies after obtaining a bachelor’s degree. However, in programs such as medicine and veterinary medicine, in order to obtain a complete higher education, both stages are required.

Spanish universities also often come together to create research institutes or doctoral colleges. Their activities are aimed at the development of research and PhD programs, less often — master's programs.

In addition to standard degrees (bachelor’s, master’s, doctoral), Spanish universities often offer a number of undergraduate programs (Maestrias), which take 1-2 years to complete. Certificates obtained at the end of the course may not be recognized at universities in other countries. Nevertheless, they are extremely appreciated in some areas of professional activity and can be considered advanced training.

In addition to classical universities, in Spain there are a number of higher education institutions with their own characteristics. These include:

Public and private universities in Spain

TOP-3 state universities according to the Spanish agency CSIC in 2019:

TOP 3 private universities in Spain according to the Spanish edition of El Mundo in 2019:

Universities in the autonomous communities of Spain

One of the most important changes in the university system was the adoption of the new Spanish Constitution of 1978 and the creation of autonomous communities. Along with these changes, recognition of the autonomy of universities and the decentralization of the Spanish higher education system followed. That is why each university has the right to set its own requirements for admission, as well as establish its own rules of study and internal regulations.

The largest autonomous community within Spain is Catalonia. For several years this territory has been striving for complete independence from the rest of the country, including at the level of university education. Teaching in local schools is in Catalan, and the history of Spain is presented from the point of view of Catalonia.

For international students, language can become a major obstacle. In addition to Spanish, Catalan is also considered the official language. Contrary to misconceptions, this is not a dialect of Spanish: Catalan differs from it even more than Portuguese. However, it also belongs to the Roman group of languages ​​and is a mix of Spanish and French. Catalan is the official language at many universities in Barcelona. But nothing prevents students from choosing English language courses.

A similar situation occurs in the autonomous community of Valencia. The official language here is Valencian. This is a dialect of Catalan. It is the main language of the prestigious University of Valencia.

Groups and associations of educational institutions of Spain

All higher education in Spain is paid. The cost of training for non-EU citizens is significantly higher. The cost is calculated based on the price of ECTS (depending on the university and faculty, it will be from 12 to 31 USD). Therefore, the final fee for the year of study depends on the selected disciplines.

To reduce their training costs, applicants can participate in scholarship programs. Material support is provided by the state or private foundations. The most comprehensive coverage of student expenses in Spain is provided by state scholarships, but only applicants from countries with which Spain seeks to improve relations have the chance to obtain them. However, there are many options for private financing.

Financial support for foreigners is offered by the majority of the country's popular universities and business schools. Scholarships cover from 15% to 100% of the tuition. For bachelor’s programs, it is an average of 75%, for master's programs — 50%. Doctoral students rarely have the opportunity to receive a scholarship, but the cost of these programs in Spain is relatively low.

The application is submitted before the start of the school year. Each university sets its own deadline. The Commission evaluates the academic success of the applicant and his extracurricular activity in areas related to future studies. A low income of the applicant’s family could also serve as a basis for receiving a scholarship.

Grading system at universities in Spain

Spanish universities have two equivalent student grading systems: 10-point and 5-point. They are comparable to each other.

Getting a 9 or higher for the exam is very difficult. Only 5% of students succeed.

An oral exam at Spanish universities is much more common than a written one. The average student response is 15 minutes. However, more attention in universities is paid not to exams, but to term papers and dissertations. Students defend the latter in front of the commission.

Interesting facts about universities in Spain