There are few universities in Estonia but each of them meets European standards. Poor-performing institutions quickly get closed or consumed by larger and more successful ones, so the risk of getting a low-quality education here is close to zero. Local universities offer affordable education in English in most specialties, be it IT, medicine, economics, or design. 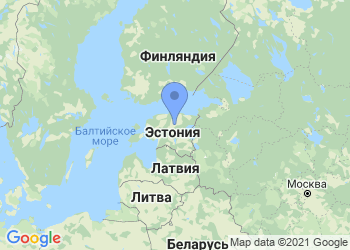 Information is exploratory. For accurate information, refer to the official website of the school.
Advanced search
Showing 1-10 of 34 items.

The data in the table is approximate and for informational purposes only. The exact information must be checked on the website of the desired educational institution.

You can apply to Estonian universities after high school. The admission committee looks at the GPA in the certificate and the results of the language exam. Many universities also have entrance exams.

Applications are submitted once a year: from April to July, depending on the university and the applicant's citizenship. The application is submitted online to all selected establishments at once using the Dream Apply system. Then you need to pass a video interview or a specialty-oriented online test. If you succeed, the university will ask you to send certified paper copies of the required documents and their translations into English or Estonian via mail.

Higher education can be obtained in English with IELTS of 5.5 or a TOEFL of 72. To study in Estonian, you must pass the Eesti keele tasemeeksam exam at level B1. The test is free and is held 4 times a year in Tallinn, Narva, Jõhvi, and Tartu.

Additionally for Master's and doctoral studies:

The digital application must be accompanied by scans of the original documents and their translations into English or Estonian. Translations must be certified in ONE of the ways:

Types of universities in Estonia

Foreigners in Estonia can also study in colleges that are more commonly referred to as vocational education centers or schools (ametikool / kutsehariduskeskus). A list of such institutions can be found on the government website. You can enter them after the different school grades, depending on the educational system in your country. Training programs will differ in duration and content.

Some institutions of higher education are also called colleges in Estonia, where, in addition to secondary vocational education, there are Bachelor's and Master's programs. The most famous of them are medical programs at Tallinn Health College and Tartu Health Care College.

In most colleges, programs are conducted in Estonian. Some institutions offer foreigners to go through a preparatory "Estonian year" to improve language proficiency. The main multilingual college in the country is Narva College of the University of Tartu.

Groups and associations of Estonian universities

There are no national university associations per se in the country, but university representatives are actively involved in the activities of academic and scientific communities:

In Estonia, public universities are technically free. However, the number of state-funded seats at each university is very limited: for foreigners, as a rule, there are no more than 10 of them per enrollment. The selection committee selects the students with the best applications and results of entrance examinations. It is necessary to get at least 60 ECTS annually and to pass all exams regularly in order to keep it. Otherwise, you will have to switch to paid education.

A pleasant exception is doctoral studies in Estonia. All PhD programs in the country are free. In addition, students receive an allowance of 207-621 USD per month, depending on their academic success.

You can also win a scholarship to study in Estonia. Such an opportunity is provided by the university itself, the government of the country, third-party foundations, and organizations. Estonia is rapidly gaining popularity among foreign students[0], so the competition for funding is also high.