Universities in the United Arab Emirates

Looking at UAE universities it is hard to believe that there was once an endless desert in their place. Young universities were modeled after the best institutions of Europe and the United States, so today 80% of the student community consists of expats from 120 countries of the world. Everyone can apply for a scholarship and internship abroad. People come here for high-quality education in business, engineering, architecture, IT, and, of course, for the year-round summer. 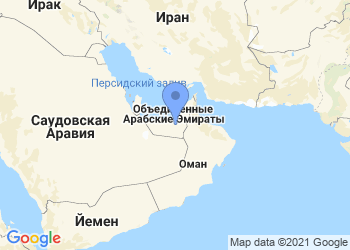 Information is exploratory. For accurate information, refer to the official website of the school.
Advanced search
Showing 1-10 of 67 items.

Requirements for admission to universities in the UAE

All UAE Universities accept applications online on their websites. It is necessary to attach an identity card, a legalized diploma and/or certificate, IELTS or TOEFL certificates, and other documents that a university requests. Candidates with a high GPA (3.5 out of 4) can sometimes be admitted immediately (direct admission), the rest will be placed on a waiting list (conditional admission). The main language of instruction at UAE universities is English. To study in Arabic, you must pass the EmSAT exam.

Applications can be submitted 2 times a year: in spring (April-May) and in autumn (October-November). Please note that distance learning and external studies are not recognized by local universities, even if the graduation diploma is legally valid in your home country.

Additionally for master's and doctoral studies:

Important: all documents and their copies must have a certified translation into English and/or Arabic. However, you should check whether there are any specific requirements for the documents issued in your country.

Colleges in the UAE

In the UAE Colleges can be both faculties or departments within the university, or institutions of secondary and higher vocational education. International students can enroll in all private and some public colleges in the UAE, although the latter most often only accept citizens and residents of the country that graduated from local schools and passed the unified EmSAT exam. The goal of colleges is to provide education for young people who, due to academic performance or financial factors, cannot study at the university, as well as to cover the needs of the labor market in the country.

Applied specialties in business, IT and construction are among the most popular in colleges. Depending on the duration of study (1-3 years), the student receives a Certificate, Diploma, Associate Degree or Higher Diploma. There are also colleges with higher education programs: bachelor's, master's and MBA degrees. A graduate can look for a job or transfer to a university bachelor's programas a rule, directly to the 2-3rd year of study. Applicants from abroad prefer to go directly to a university in the UAE in order to receive a more prestigious and versatile education.

Public and private universities in the UAE

Free universities in the UAE

Free education in the UAE is available only to citizens of the country at public universities. However, in all other universities, prices for UAE residents and expats are identical, and there are also many opportunities for scholarships or tuition discounts. You can count on funding in one of the following cases:

Interesting facts about universities in the UAE