Universities in Cyprus mostly opened after 2000, but have already managed to take several positions in the top of the best young universities in the world[0]. Over the past 10 years, the number of students on the island has grown by 80%. Applicants from all over the world come to study at the Mediterranean resort for quality education in tourism, engineering and management at an affordable price.

Important! The island of Cyprus is divided into two countries: the Republic of Cyprus in the south and the Turkish Republic of Northern Cyprusrecognized only by Turkey (TRNC) in the north. The process of admission and education may differ in these two states. The main part of this article is devoted to the universities of the Republic of Cyprus while mentioning important nuances of studying in North Cyprus. General information about the universities of the TRNC is presented in the corresponding section below. 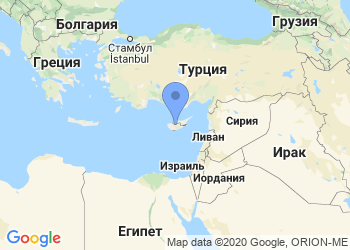 Information is exploratory. For accurate information, refer to the official website of the school.
Advanced search
Showing 1-10 of 37 items.

Advantages of universities in Cyprus

Disadvantages of universities in Cyprus

Requirements for admission to universities in Cyprus

All universities in Cyprus are autonomous and have the right to set their own admission requirements. However, most universities follow a simple procedure: you need to fill out a digital application on the website, attach a certificate of completed secondary education and a language certificate in English, Greek or Turkishfor TRNC languages at the level of B1. Some universities conduct their own admission examinations. Based on its results, the student starts training or takes a year-long language course.

A high GPA and other academic achievements will be an additional benefit to the applicant.

For admission to the bachelor’s and subsequent stages, you will need:

Types of universities in Cyprus

Each university has programs of study in Greek and English. In some specialties, teaching is done in two languages, so that students have a choice on admission. This is often the case in engineering and IT.

In 2020, there are 25 colleges of various types in the country. Most work autonomously, some are part of large universities. In Cyprus there are several public colleges, but teaching there is conducted mainly in Greek, and the subjects studied tailored to the needs of the local labor market. Therefore, a private college with a wide range of specialties and courses in English will be better for a foreign student. Students go there after graduating from high school. Depending on the length of study, Cypriot colleges offer the following qualifications: Certificate (1 year), Diploma (2 years), Higher Diploma (3 years) or Bachelor (4 years). In 1-3 years, a student receives a secondary specialized education and can start working or continue to study at a bachelor's cycle at a university. After the Bachelor, there is an opportunity to enter the master's studies.

In North Cyprus American style colleges are quite common. In them for 2 years a student receives an associate degree — AA (Associate in Arts) or AS (Associate in Science), after which he continues his studies at the university.

The basic requirement for admission to any college is a language certificate, confirming proficiency at a level not lower than B1. In the absence of an IELTS or TOEFL certificate, many colleges conduct entrance exams on their own.

Public and private universities in Cyprus

Public universities in Cyprus are funded by the government of the country, but at the same time they are completely autonomous and self-governed. Education in them is paid for everyone. Even though the scholarships are offered, for Cypriots it is way easier to obtain them compared to foreigners.

When it comes to pricing there is not much difference between public and private universities. The cost of a year of study of bachelor's programs starts from 4,618 USD. But in public universities the requirements and competition for admission are higher, and teaching in many faculties is conducted only in Greek. However, those wishing to get an education in economics, engineering or IT will easily find a suitable program in English at a public educational institution.

Cyprus also has 6 state institutions of a non-university type. Most of them are teaching in Greek. Graduates receive a Higher Diploma in tourism, agronomy or management. The exception is the Mediterranean Institute of Management, which specializes in English MBA programs.

As of 2020 private universities have never been included in the rankings of the best universities in the world. Nevertheless, they are not inferior to the state ones in popularity: a wide selection of English-language programs and modern campuses, which look more like luxury hotels, attract thousands of foreign applicants every year.

There are also several private academies, institutes and non-university colleges in the country. There you can get a specialized secondary or higher (bachelor's) education in various fields: from cooking to IT. More than 90% of courses are taught in English[1].

Universities of the Turkish Republic of Northern Cyprus

The state of the Turkish Republic of Northern Cyprus is formally recognized only by Turkey and since 1974 has been considered an occupied territory. Nevertheless, the island is now safe and there are more than 20 universities in its northern part. In 2017, one of them, the Eastern Mediterranean University, entered THE world ranking of the best universities in the world for the first time. In 2020, the share of foreign students at this university was 83%.

Foreign applicants are attracted by the American standard of education and low prices. The prices of bachelor’s programsexcept medical specialties start from 5,132 USD per year, but, for example, the Cyprus International University provides a 50% discount on tuition to all incoming foreigners. Also, universities can reduce the cost if the student has a good certificate and sports achievements. In the master's and doctoral studies, there is an option to study without writing a thesis, which is almost 2 times cheaper.

The diplomas of the local universities are recognized by the majority of universities and employers in the world. They are officially considered illegal only by the Republic of Cyprus[2]. Before entering it is important to make sure that the university and the faculty are accredited not only by local organization YÖDAK, but also by the Council of Higher Education of Turkey YÖK. Be extra careful when choosing a university in TRNC as there are cases when foreigners were deceived by universities without a license[3].

Northern Cyprus universities are recognized members of international educational associations, but are not eligible to participate in programs based on intergovernmental agreements such as Erasmus. If the university claims that it is exchanging students with other countries, the information should be double-checked.

Groups and associations of educational institutions in Cyprus

There are no free universities in Cyprus. However, the average cost of education is relatively low when compared to other European countries. Only Cypriot citizens can count on government scholarships, while applicants from abroad have a chance to receive financial support from universities themselves.

University admissions committees encourage the fastest: for example, Philips University in 2020 offered a 50% discount on tuition to the first 200 applicants from the EU due to the economic crisis[4]. And the Cyprus International University annually halves the prices for all international students. These "promotions" are usually temporary. For up-to-date information, check the sections Scholarship and / or Financial Aid on the university website.

Typically, a discount from 10% to 75% can be obtained if you meet one of the following criteria:

Interesting facts about the universities in Cyprus

Photographs of universities in Cyprus