Universities in Norway have always been renowned for their openness, absence of tuition fees, and innovative approach to learning. Despite the modest choice of bachelor's programs in English and the complexity of the local language, Norwegian universities offer an excellent selection of English-language master's and doctoral programs in the most popular and relevant disciplines. All this attracts foreign students aiming at serious mastering of their specialty at universities of one of the most developed and comfortable countries in the world. 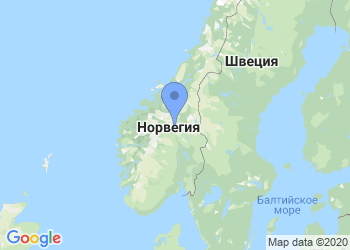 Information is exploratory. For accurate information, refer to the official website of the school.
Advanced search
Showing 1-10 of 70 items.

Advantages of universities in Norway

Norway has been participating in the Bologna process since 2003, so the cycles of education in universities are similar to European and includes three stages: bachelor's, master's and doctoral studies.

The academic year is divided into 2 semesters. It starts in August, so foreign students submit documents to state universities strictly before December 1, and in some private universities, documents are accepted until early May.

For admission to English-language programs, you can take both IELTS Academic and TOEFL ibt, and for programs in Norwegian, only the Bergenstest is suitable, which does not differ in levels but confirms the sufficient language proficiency to study in the country.

Requirements in different universities vary, but the standard package of documents includes:

Norwegian universities have a six-point grading scale ranging from "A" (highest) to "F" (lowest), with an “E” being a minimum passing grade. At the end of the semester, exams are held, some of which are graded on a pass / fail basis. Exams are both oral and written, the format largely depends on the teacher.

Schools also use a six-point system, but instead of letters, numbers are traditionally used: 6 is the maximum score, and 2 is a minimum passing score.

After the education reform of 1994, all Norwegian higher education institutions have been divided into three types: universitiessometimes they have research in their name, to further indicate the academic nature of education, specialized universities, and university colleges.

Transport and communications, safety and security and other services6991

University colleges in Norway are equated in status with higher education institutions and include both vocational school elements and university functions. Colleges offer two-year diploma programs in Norwegian, after which you can transfer to university and continue your studies from the third year. Also, colleges have a wide range of bachelor's and master's programs in applied sciences and arts (education, IT, nursing, accounting, logistics, acting, journalism, etc.).

Bachelor’s studies at university colleges in Norway are predominantly taught in Norwegianas of 2020 there are only 3 bachelor's programs conducted in English in Norway but up to 20 master's programs in English can be found. English-speaking students should pay special attention to the colleges Østfold, Moldé, NLA, Western Norway University of Applied Sciences, and Inland Norway University of Applied Sciences.

The Military and Police Colleges are distinguished in a separate category, because they are not under the jurisdiction of the Norwegian Ministry of Education. They are taught in Norwegian, and the enrollment of foreign students is limited.

Public and private universities in Norway

Specialized state universities are in great demand among applicants and it is difficult to enter them not only for a foreigner, but also for a local student. Competition in such institutions as the Norwegian School of Economics, Norwegian School of Sport Sciences, and the School of Architecture and Design in Oslo, is from 4.5 to 9.5 applicants per place.

In general, private education is poorly distributed in Norway due to the high quality and availability of public universities and the small population of the county. Not a single private university in Norway has yet been awarded the rank of a research university.

Norwegian University of Life SciencesÅs2005One of the oldest educational institutions in Norway. It was founded as a college in 18593.32

Norwegian University of Science and TechnologyTrondheim, Gjøvik, Ålesund1968The oldest university in Norway, originally founded as a scientific society in 17602.43

Groups and associations of educational institutions in Norway

All state accredited universities are merged into the Norwegian Association of Higher Education Institutions (UHR) — a total of 33 universities[6]. The organization was created in 2000 to coordinate and interact with accredited public universities, and since 2018 all accredited private institutions have been added to it. Only UHR member universities can issue invitations for international students.

There are no semi-formal associations similar to the Ivy League or Russel Group in Norway, however, among the state educational institutions, the universities like Oslo, Bergen, and Tromso stand out, as they had university status long before the 2005 reform. Also, the Norwegian University of Natural and Technical Sciences, which has a rich history of formation and development since 1760, has a remarkable status.

Study at all public universities is free for everyone, regardless of citizenship and language of instruction. In some cases, it is necessary to pay university social fees, which can range from 600 to 105 USD per year. The main problem for a foreign student is the cost of living in Norway (this is one of the most expensive countries in the world) and the lack of bachelor's programs in English.

Interesting facts about universities in Norway