Universities in Sweden started to emerge in the 15th century and since then have produced innovations and inventions. Swedish brands and technology companies such as Spotify, Electrolux, Ericsson, Volvo, IKEA, and Bluetooth continue to shape the world today. A large number of students come here not only for progressive education but also for quality teaching, a liberal atmosphere, and a variety of universities. Sweden is home to the Uppsala University — oldest in all of Scandinavia, several prestigious academies of fine arts, and a dozen universities of technology with a focus on research. 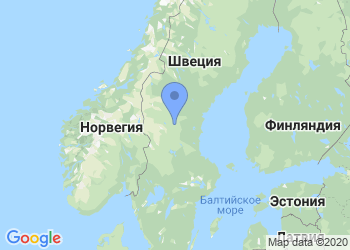 Information is exploratory. For accurate information, refer to the official website of the school.
Advanced search
Showing 1-10 of 56 items.

Advantages of universities in Sweden

Disadvantages of universities in Sweden

Admission requirements to universities in Sweden

All prices must be checked on the university websites.

Applications are submitted through universityadmissions.se, where multiple universities and programs can be selected. The decisions of admission committees are also published there. For admission you will need:

The certificate or diplomas must be translated into Swedish or English and notarized.

Types of educational institutions in Sweden

There are 38 public universities and several private universities in Sweden. Educational institutions in the country are divided into 2 types:

The distinction between the two types of institutions is not always clear from the name of the institution, because:

Initially, only two institutions had university status — Uppsala University and Lund University. The rest "grew" out of colleges. The list of all universities can be viewed here or here.

University сollege (Högskola) is a higher education institution, similar to a university, but usually smaller in size. Högskolor, like universities, do research and offer bachelor’s and master’s programs. Unlike research universities, which can award PhD degrees, some högskolor are not allowed to provide doctoral studies. Moreover, the Swedish government has limited the number of scientific areas in which högskola can award PhD degrees. Most university colleges have agreements with major universities to conduct joint doctoral programs.

Higher vocational education is presented by special HVE (Yrkeshögskolan) programs. They are offered at universities and private educational institutions. HVE addresses the urgent needs of the labor market. Here, theoretical studies are combined with on-the-job practice. The duration of HVE is 1-3 years. In total, such programs make up just over 10% of all higher education in Sweden[0]. The admission requirements vary from institution to institution, but it is mandatory to know Swedish and have relevant education. For details, students must contact the educational institution directly.

Sweden has a unified higher education system that follows the same legislation, regardless of the institution in question. The size of higher educational institutions varies greatly. Judging by the number of enrolled students, in the 2018 and 2019 academic years, the largest university (Kungliga Tekniska högskolan) had more than 45,000 students, and the smallest universities had less than 100 registered students[1].

There are 14 public universities and 17 public university colleges in Sweden. They are controlled and funded by the state, but at the same time, they are autonomous in many of their decisions. Additionally, there are a number of independent higher education institutions such as the Stockholm School of Economics, the Chalmers University of Technology, and the Jönköping University Foundation. They are owned by foundations or associations. Private institutions receive the authority to award degrees from the Parliament, and not from the Swedish Ministry of Higher Education like public universities.

Admission requirements are set by the university and individual programs themselves.

Groups and associations of education institutions

Until 2011, universities in Sweden were free for everyone, but now only for citizens of the EU/EEA and Switzerland. PhD programs are still free for all students, regardless of citizenship, while bachelor's and master's programs cost about 13,912 USD per year on average. However, universities and the Swedish government offer generous grants to local and foreign applicants.

Interesting facts about universities in Sweden