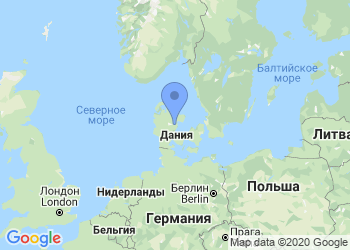 Lists and rankings of Danish universities

Advantages of universities in Denmark

Disadvantages of universities in Denmark

Requirements for admission to universities in Denmark

The following is required for admission to universities in Denmark:

Supplementary courses, as a rule, imply 1 year of study at the university in a home country or passing at least 2 subjects of Danish HF high school with examsSimilar to A-Level in the UK (upper secondary bridging courses). Some universities accept students with 11 years of education without supplementary courses, but only with a GPA from 4.5 with only good and excellent grades. Here you can determine if your certificate / diploma is suitable for admission. However, the definitive answer to whether an applicant passes with his current certificate can be only given by the admissions office.

All documents must be translated into Danish or English and notarized. For admission to all Danish universities, you must register on the optagelse.dk website, which usually opens on February 11th, March 5th is the deadline for submitting applications for international students. The dates should be checked on the websites of universities or here. Read more about the admission requirements here.

Types of educational institutions in Denmark

In Denmark, there are the following educational institutions where you can get higher education:

Denmark has 8 public universities, 8 colleges, and 8 academies. A separate group is made up of maritime academies, of which there are 5. They all have a large number of faculties with an extensive selection of programs. The overwhelming majority of educational institutions are regulated by the Ministry of Higher Education and Science.

There are 8 such academies in Denmark, all of them are independent institutions, and their activities are regulated by the Law on Academies for Professional Higher Education:

The main goal of business academies is to develop higher education in the regions of Denmark (the locations of the academies). They provide wide geographical coverage of educational programs across the country, thus helping to achieve the political goal — at least half of the 30-year-old residents of Denmark should receive higher education.

Universities and university colleges in Denmark

Universities offer research-based higher education at the Bachelor’s, Master’s and PhD levels. They are also responsible for most of the public research in Denmark.

The state finances universities, but they are autonomous and managed by councils. However, Danish universities comply with government regulations on the conditions of wages and employee hiring process. The Danish Agency for Universities and Internationalization helps universities in the process of hiring and establishing salaries of managers and employees.

Danish universities receive funding for education and research through:

University colleges offer higher education with an emphasis on practice. They implement:

There are 8 colleges in Denmark:

The goal of the organization is to strengthen cooperation between Danish and Chinese learning environments and to increase the mobility of students and researchers between Denmark and China[2].

Higher education in Denmark is free for citizens of the EU/EEA and Switzerland, as well as for students who, according to the EU law, are entitled to the same status as Danish citizens.

Higher education is also free for students who, at the time of application, have:

The rest of the students need to pay tuition fees at universities. In turn, the Danish government and universities offer scholarships and grants.

Interesting facts about universities in Denmark