South Korean universities are becoming more popular among international students every year. Studying in this rapidly developing country opens up excellent employment prospects both in Korea and other countries. Another indisputable advantage of Korean universities is an affordable pricing policy. 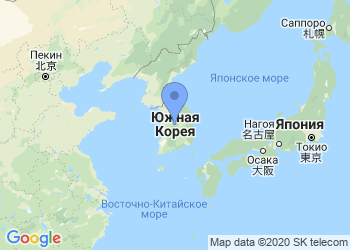 Information is exploratory. For accurate information, refer to the official website of the school.
Advanced search
Showing 1-20 of 423 items.

Requirements for admission to Korean universities

Each university selects applicants independently. Documents are sent via mail or uploaded online on the university website. Although studies do not start until March, a significant number of universities offer two admission periods. Application deadlines are usually September-November and May-June.

About a third of all courses in the country are conducted in English, the rest is in Korean. During studies (especially master’s and doctoral studies), other foreign languages may occur. In any case, upon admission, the applicant has to demonstrate knowledge of English (TOEFL 80 / IELTS 6.0) or Korean (TOPIK Level 3). It is worth noting that in the case of the latter, the student is also expected to reach level 4 proficiency by the time the training is completed.

The basic requirements for admission to all programs are reduced to the following list:

All documents will require translations into the language of study (English or Korean) with notarized copies. The university may introduce additional selection stages in the form of entrance exams or interviews.

In Korea, there is also a unified state exam Suneung (수능), an analog of the US SAT exam, which is not compulsory for international students, but can become an additional advantage, especially when entering the top three most prestigious universities in the country — SKY.

The one-of-a-kind Korean National Open University (KNOU, 한국 방송 통신 대학교) combines both online and offline training at all stages of study. Teaching is carried out using Satellite TV and the Educational Broadcasting System of Korea (EBS, 한국 교육 방송 공사). However, international students wishing to study at KNOU must reside in the country. A visa for studying in KNOU is not issued and an application can be submitted only after entering South Korea.

The term college in Korea can be understood both as a faculty — one of the departments of a large university, or a separate vocational education institution — junior college.

As a result of two or three years of study at a vocational college (75-80 or 120 credits, respectively), graduates receive an associate's degree in one of the many fields like: engineering, business administration, healthcare, design, social work, agriculture, nursing, preschool education, mass communications, and others. Much attention is paid to practical skills that students receive during internships.

Korean junior colleges specialize in training mid-level professionals, but graduates have the right to transfer accumulated credits for obtaining a bachelor's degree at universities that have partner agreements with colleges.

It is worth noting that the technical specialties are somewhat frowned upon by some parts of Korean society. To rectify the situation, the state is doing everything possible to popularize vocational education (specialized schools and colleges).

Universities of South Korea can belong to one of the following categories, each corresponds to a specific source of funding:

It is worth mentioning that Korean universities are not equal in terms of their status: a degree of a prestigious university can open many more doors than a degree of a less renowned one. However, prestige is not solely determined by funding but also by the scientific potential and quality of academic programs. In the end, the main difference between national, state and private universities is the cost of tuition.

As for the teaching staff, curriculum, equipment, degrees, and other issues, private universities, which make up the majority of educational institutions in the country, follow the same standards established by the Ministry of Education and therefore have state accreditation.

Groups and associations of educational institutions in South Korea

Studying at a Korean University may become partially or completely free if a student manages to get a grant or a scholarship. One of the most popular programs is the Global Korea Scholarship (GKS).

Also, 30% discounts for students with high academic performance are quite common. Some universities, even offer the full coverage of the tuition cost[1].

Infrastructure and facilities of universities in South Korea

Over the past half-century, South Korea has changed significantly, including Korean universities. Of course, the degree of infrastructure development is completely dependent on a particular educational institution. On the premises of some universities there might be hospitals and pharmacies with a dedicated staff of doctors. For everyone who lives on campus, laundromats are available. When it comes to the most prestigious universities, each of them has a sports complex, a network of libraries, laboratories, museums, and research centers. All of them are inside luxurious historic buildings, although some campuses have been built or renovated recently and often look futuristic. Thus, the universities of South Korea combine the majesty of the eastern tradition and the progressiveness of contemporary architecture.