As the largest and oldest city in Australia, Sydney is the port city, the capital of New South Wales. Sydney ranks the 6thas per the QS TopUniversities rating among the best student cities of the world. It is not the only city in Australia, though, that is in the Top Ten Best cities for international students. So, Melbourne also makes a claim to be a cultural center of Australia. Yet, Sydney is acknowledged to be the largest megalopolis of the continent and the financial capital of the country.

Information is exploratory. For accurate information, refer to the official website of the school.
Advanced search
Showing 1-10 of 26 items.

Tertiary education facilities in Sydney have repute for the achievements in various scientific sectors. There are five major universities in the city. Aside from, the city runs dozens of language schools and colleges to offer intensive English language learning for the shortest time for everyone.

Advantages of study in Sydney

Sydney has a good reason to claim to be the most comfortable city to study based on the following:

Sydney is rated 11th among the best cities in the world as for the life qualityby Monocle.com being ahead of such student cities as Vancouver — 15, Paris — 18, Singapore — 16, Barcelona — 21, Madrid – 17

Sydney is a cosmopolite city; any foreigner is felt welcome in here. The motto of the city “We all smile the same language” proves the attitude.

One of interesting facts is that the Opera House stages at least 3000 performances a year, though the building was designed as the trolley depot.

Hunting and enrollment to Sydney universities

Below find the brief list of universities. By clicking the links, you may want to search for the required educational programme or university in Sydney.

Darling Harbour is the well-known tourist district in Sydney offering lots of cafes, restaurants, stores and other recreation services. This is the place to sight the whole city. Residents and visitors often spend their leisure time in there. The Powerhouse Museum and Seaquarium are also worth visiting.

Sydney Seaquarium ranks the largest aqua parks in the world. It is the place attracting visitors and natives, either. It offers watching most sea animals of Australian coastal waters totaling in 10000 species of sea fauna.

Spread in the eastern part of the Sydney City, the Hyde Park is amazing in its size. It takes 16 hectares of the terrain.

Several parks and 580 trees make a garden at the Hyde Park presenting lots of sorts of palms and delightful alleys of sugar dates.

Archibald Fountain is the zest of the park. It was designed by the French sculptor Francois Sicard. The Nagoya Gardens, the north part of the Hyde Park, features a giant chess set with chess pieces provoking amazement and delight in visitors. 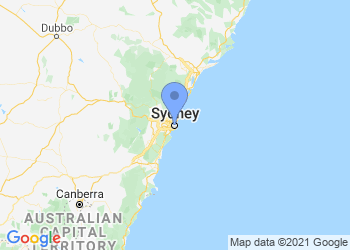