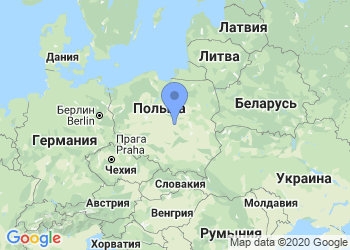 Requirements for admission to Universities in Poland

Exact prices must be checked on the official websites of universities.

In Polish universities, admission is carried out 2 times a year: in October and in March. To enter universities one requires a notarized translation of the certificate/diploma that has passed the nostrification procedure with an apostilleor other type of legalization depending on the country, and proof of English or Polish language proficiencydepending on the language of the program (TOEFL or Polish language proficiency certificate at the level of B2-C1). Additionally, you may need a medical certificate confirming the ability of the applicant to study in the chosen professionfor the specialties that require it, and motivation letter.

All higher education institutions in Poland can be divided into 3 types:

In addition, Polish universities are divided into the following types by specialization:

In total, Poland has 390 universities, which are divided into state (34%) and private (66%). At the same time, 77% of all students in the country study at state educational institutions[7].

The main differences are:

The educational process in Polish universities

Classes in Polish universities usually begin on October 1 and end in June. The academic year is divided into two semesters. In addition to the summer holidays, there are the following study breaks: 1-2 weeks for Christmas and Epiphany, winter (in the first half of February) and Easter holidays. The training is organized in the form of full-time (studia stacjonarne) or part-time (studia niestacjonarne) programs.

Students have to write courseworks and graduation works. At the bachelor’s level texts are more abstract, and at master’s and doctorate they should be an original study. The writing process is monitored by an academic supervisor. In the middle of the school year, the department carries out pre-defense, which evaluates the work on the principle of pass/fail. And during the defense itself, the mark is set using a five-point system.

In addition, during the year, students must write a mid-semester essay, research or laboratory work, presentation, individual or group project, portfolio, test, as well as assess their own success and the success of classmates.

To obtain a degree at the end of the program, students are required to attend all disciplines, pass the relevant exams and earn the required number of credits through the ECTS system. Such an assessment system simplifies the process of nostrification of diplomas in all countries48 countries which joined the Bologna system of higher education.

In addition to the diploma, graduates receive a Diploma Supplement, developed in accordance with the requirements of the European Commission, Council of Europe and UNESCO. The Appendix provides more detailed information on the qualifications awarded, the content of the educational program and the results achieved.

There are few official associations of universities in Poland. A relatively new initiative was the creation of the Association of Polish Universities for Internationalization in 2017. The goal of the organization is the internationalization of Polish institutions of higher education and promoting them abroad. The member universities strive to develop student exchange and open more English-language programs that attract foreign students. In the future, APUI plans to attract all universities in Poland to the association, but so far only five of them are members:

Citizens of Poland study for free. The same rights are enjoyed by foreign students of Polish-language programs at state universities who:

Foreigners who do not belong to any of these groups study in Poland for a fee. However, there are a large number of scholarships and grants that allow students from all over the world to partially or fully cover education / living expenses.