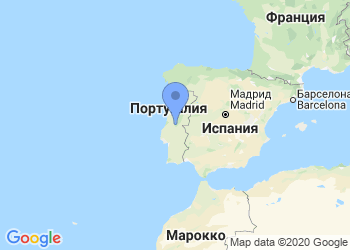 Briefly about higher education in Portugal

Cost and structure of education in Portugal

All prices and requirements are approximate and must be checked on the university websites.

Options for admission to Portuguese universities

Until 2006-2007, Portugal had had its own higher education system, which was revised after the country joined the Bologna Process. Currently, the education system in Portugal includes three cycles of study: Bachelor’s, Master’s, and PhD programs. Thus, a foreign student can easily enroll in a Portuguese Master's program with a Bachelor's degree from another country.

Documents are submitted directly to universities online. For admission you need:

Each university and program has its own requirements, so all information must be checked on the university websites.

Legalization and recognition of diplomas in Portugal

Portugal's participation in the Bologna Process means that the recognition of qualifications from other European countries is usually automatic. Any difficulties are usually handled by the university or the Portuguese branch of the Academic Recognition Network ENIC-NARIC. If required, diplomas from outside of Europe can be formally recognized by an authorized Portuguese institution.

Pre-university and Foundation programs are designed for students who have graduated from high school and are planning to enter higher education institutions in Portugal. Preparatory programs improve the knowledge of general subjects and language and help the students to adapt to the European educational system. For admission you will need:

As a rule, pre-university programs open admission to their home universities. However, the applicant submits documents on the same conditions as the other foreigners.

Vocational education in Portugal is offered by polytechnic colleges. They provide hands-on training and are profession-oriented, while universities have a strong theoretical base and are focused on research. Polytechnic colleges issue only Bachelor's and Master's degrees. Programs are mainly offered in the fields of education, management, technology, health care, and agriculture, although there are programs in Arts, Sports, Journalism, Tourism, and Marine Science.

There are also professional higher technical courses. These are short degree programs (120 ECTS) lasting 2 years. Upon successful completion, the degree of a professional senior technician is awarded to the graduates.

The first cycle of higher education — Bachelor's — is similar to other European countries. In Portugal, it is called Licenciatura. The duration of study is 3-4 years (180-240 ECTS), during which students study basic and specialized disciplines. They attend lectures and seminars, work on projects and assignments. In the final year, and often even earlier, students have to decide what to do next: they can complete their studies, get a diploma and enter the labor market, or continue their studies in a Master's program to increase their chances of employment or to build an academic career.

In Portuguese universities, various knowledge control systems are used. Typically, during the semester, students take oral and written exams; do tests, projects, and laboratory work. The main measure of the quality of teaching is the examination. In universities, exams are held two times a year: the winter exams can last from the end of December to the end of February, the summer ones — from the beginning of June to the end of July.

The next step after Licenciado is Mestrado. Most programs last 1-2 years (90-120 ECTS). The Master's degree in professional disciplines (Medicine and Law) is called Mestrado integrado. It partially overlaps with undergraduate studies. Mestrado integrado takes up to 6 years and consists of 300-360 ECTS.

Both types of programs usually end with a final project or research paper. Documents for admission are submitted directly to the educational institution online. Usually, you need:

Some programs limit seats using the numerus clausus quota system. This ensures that talented students are accepted and the number of graduates does not exceed the demand in the labor market. There are often separate quotas for international students. However, their applications are also compared with those of other candidates, GPA in particular. The advantage is given to students who have already proven themselves in research work. In some cases, passing an entrance exam may be required.

Doctoral degrees (doutoramento) are awarded by universities and their institutes. PhD programs are structured according to the Bologna Process and internationally recognized.

Application periods for doctoral studies and visa applications often coincide — both require documentation issued by each other (e.g., enrollment confirmation is required for visas, and immigration documents — to apply for a PhD). It is recommended to start both procedures simultaneously and leave enough time to complete them.

In Portugal, it is customary to contact the future educational institution and/or supervisor before admission. Application deadlines vary by university. For admission, the following is required:

Doctoral studies last 3-4 years. In the beginning, students attend lectures and seminars, and the rest of their time is devoted to a thesis or an art project (for PhD in Arts). The latter also includes written work.

It can take quite a long time to write a thesis: according to statistics, the average age of a PhD student in Portugal is 37 years old. Scientific work is defended orally. The defense has to be attended by at least 5 teachers and experts with a PhD, and half of them should be from other educational institutions. The commission takes into account the scientific novelty of the work, the relevance of the topic, and the presence of candidate's publications in scientific journals.

For admission to doctoral studies and for the academic position of assistant, the GPA of the previous diploma must be at least 16.

The quality of education in the country largely depends on the teaching staff. In public universities in Portugal, there are strict regulations, which allow a successful student to make an academic career. The first step of the ladder is the position of a Junior Assistant (Assistente Estagiário), to which bachelors with an average score of 16 or higher can apply. The student fulfills the duties of Assistente Estagiário for 4 years (2 terms of 2 years). During this time, they must get a Master's degree. After that, the graduate takes the position of an Assistant (Assistente) and at the same time studies in a doctoral program; after graduation, they can already apply for a teaching position. In order to obtain the position of Assistant Professor (Professor Associado) or Professor (Professor Catedrático), you must have the academic title of Agregação. It is awarded to people with a doctoral degree after passing additional exams in the field of studies and Teaching. It is common practice for Portuguese universities to invite their own students to full-time positions, and the position might even be purposefully kept vacant until the candidate obtains the required degree. At the same time, competitions for the positions of associate professors and professors are announced in public sources. The average salary of professors in Portugal is quite high: 37,857 USD per year[3].

Scholarships and grants in Portuguese universities

The government and universities offer scholarships to international and local students.

Students who intend to study for more than 1 year must apply for a resident permit. It is valid for 4 months. The requirements are:

The cost of a visa is 88 USD. State scholarship holders are exempted from paying the visa fee. The decision to issue a residence visa is usually revealed after 60 days. Additional information can be found on the website of the Portuguese Embassy in your country. Upon arrival in Portugal, the student must apply for a residence permit at the Immigration and Border Guard Service (SEF).

Working while studying in Portugal

Foreign students in Portugal are allowed to work 20 hours a week (full-time during the holidays). In this case, students must inform SEF of the work contract.

It should be noted that the minimum monthly wage in Portugal is one of the lowest in Western Europe: 726 USD[4]. There are student centers offering jobs on and off-campus to help find part-time jobs. Knowledge of English and another language will be an advantage. Such students can count on positions of consultants in shops and travel companies, hotel administrators, tutors, or translators. Students who are actively involved in research work have a chance to get an official contract in the laboratory of their university. During the holidays, students can take lifeguard jobs on Portuguese beaches to combine leisure and work, or travel to neighboring European countries for higher-paying positions.

Portugal allows EU-citizens graduates to seek work after studies without additional permission. However, students from other countries must obtain permission. It is worth noting that applications from graduates of Portuguese universities are generally approved without hassle.

To apply for a work permit, you need to make an appointment in advance. Documents are given in-person to any department or regional branch of SEF. The following is required:

The residence permit is valid for 2 years and then is renewed every 3 years. The cost of the procedure and additional details can be found on the SEF website.

Prospects and employment opportunities for graduates