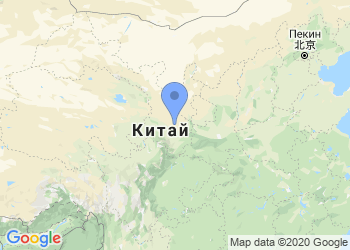 Briefly about education in China

The majority of promising specializations in China can only be studied in Chinese. Not all applicants speak it well enough at the time of admission, therefore the most common option for preparatory programs is Chinese language courses at universities. This scheme is called "1+4": students study the language intensively for a year, take HSK, and then enroll in bachelor's programs. You can come to such preparatory courses with any level of Chinese, but it is important to understand that it is extremely difficult to go from not knowing the language to B1-B2 proficiency in just one academic year. This usually takes 1.5-2 years.

Some language courses have partnership agreements with the universities on the basis of which they operate. In this case, graduates are immediately enrolled in the 1st year of the university without additional entrance examinations. But you should not count on such a chance: most Chinese courses are not tied to the university and do not give any guarantees of admission.

At universities that specialize in English-language education and work with international students, there are more familiar Foundation programs. Here, throughout the year, the basics of core subjects are studied, such as mathematics, physics, economics, computer science, as well as basic Chinese language and culture. Classes are taught in English.

In China, along with universities and other institutions, there are vocational and technical schools. Vocational education and training (VET) is most often obtained here in colleges, less often in institutes.

You can enter Chinese colleges after 9 years of school. Education here is focused primarily on professional development and further employment. All colleges teach in Chinese, so institutions that accept foreigners often allocate one extra year of studies to a language course.

Studying at vocational schools lasts 2–4 years. Depending on the length of study, graduates receive a certificate or diploma of vocational education. Some colleges cooperate with universities, and successful VET graduates can immediately enroll in the 2nd or even 3rd year of the bachelor’s program.

In early 2019, the Chinese government announced the launch of an ambitious reform and development program of Vocational Education. The main goal is to raise the quality and prestige of vocational schools over the next 5-10 years. So far, like in most countries of the world, they lag far behind universities in all respects.

A foreign applicant can apply for a bachelor's program at a Chinese university right after school or college. There are educational programs in both Chinese and English. There are way fewer English ones (about 20-30% of the total) and they are more expensive.

Bachelor's degree (xueshixuewei zhengshu) is awarded on completion of 4 years of study, after gaining an average of 130-170 credits. The exception is medical, architectural and some engineering specialties, in which they study from 5 to 8 years. The final work is always a thesis of 50–70 pages. Those who complete their studies with an insufficiently high GPA or fail one of the final exams are issued a diploma of the course (biye zhengshu) without a bachelor's degree.

Master's programs in China last for 2 (less often 3) years. During this time, students earn an average of 27-39 credits. A Master's degree can have an academic or professional orientation. In both cases, a bachelor's degree in the same or related specialty is required for admission, but sometimes a college-level candidate with several years of experience in their field may be considered.

There are 2 types of master's degrees in China, depending on whether or not the student writes a 100-120-page graduate thesis at the end of the course. Those who managed to do so receive a full-fledged master's degree (shuoshi xuewei zhengshu). Those who simply took the required training courses — a graduate certificate (danzheng) without a degree. You cannot get a work visa with it.

You can enroll in doctoral studies at a Chinese university either after a master's degree in a relevant field or after a bachelor's degree. In the case of the latter, the student will study for at least five years instead of the standard three, with a much higher academic load. However, the more standard way is to graduate from a master's program before starting a PhD — only the most successful students of the best universities in the country can skip this stage.

Chinese universities have doctoral programs in English, but they are few and it is rather difficult to get there. Other than that, getting a PhD in China is a good option for an international student. China has a variety of research grants that will cover the cost of tuition and living expenses.

Chinese universities usually have high competition for teaching positions: up to 15 people per seat. This profession is considered respected and well paid by the country’s standards. To take a junior academic position after completing a PhD in China, you need to have scientific publications and experience in participating in research projects (other thanPhD). If a candidate has been educated abroad, especially in prestigious universities of Europe or the United States, he may be immediately offered a higher position. In addition, employees from abroad are provided with housing at the expense of the university. However, despite all the obvious advantages of working in China, foreign teachers often complain about the limitation of academic freedom: most of the country's universities are controlled directly by the state and must follow a strict political ideology. Academic positions in today’s Chinese universities are similar to traditional Western ones: It is important to note that it is almost impossible to indicate a universal average salary for academics in the country. Everything will depend on the specific region, university, experience, and education of the candidate.

Work while studying in China

From 2020, international students can work part-time. To do this, you need to obtain a part-time job license from the international department of your university, providing the NOC Letter (No Objection Certificate) from the supervisor. Those who have completed a master's or doctoral program in China can obtain a proper work permit. The minimum wage varies by region. The full list can be viewed here.

Many foreign students also work unofficially and receive a gray salary. The most popular options: foreign language teaching, performing in a movie or advertisement (European appearance is highly valued in China), participating in promotions. Such spontaneous part-time jobs can often take several days, and in Chinese universities, attendance is strictly monitored. Due to absences without a valid reason, a student may be not admitted to exams or be immediately expelled.

The opportunity to stay and immigration to China

After graduating from a Chinese university, you can stay in the country on a work visa, but doing this is quite hard. Every graduate is not given time to look for work, like in some European countries. In addition, there is a lot of competition in China: in the last year of university, local students send 150-200 resumes to various companies. It is not easy for a foreigner to compete with them.

Officially, a student from abroad can apply for a work visa Z after completing a bachelor's degree, if by that time he already has 2 years of experience. In practice, this is virtually impossible, as the opportunities for work while studying are limited.

There is no such problem at the end of the master's program: you can start working immediately after graduation. The Chinese government launched this program in 2017 for graduates of the most prestigious and famous universities in the country, but later it became available to all holders of master's degrees. In this case, a person must have a job offer (the employer is formally a sponsor of his work visa) and 80% of the grades that are not lower than B. It is also important to match the specialty of the future position, so the most practical option would be a "general" direction like business or IT, which can be applied in many areas. Knowledge of Chinese plays a huge role, even if you are applying for an international company.

In China. Academically successful graduates have a chance to find a suitable vacancy in their last year of university, especially if they manage to get a research grant from a foundation or private corporation. But this is not easy: competition among students is very high. Many Chinese companies are willing to hire foreigners as it adds prestige, but fluency in Chinese and a high level of professionalism comes first. Young specialists are always in demand in the chemical and food industries, mechanical engineering, trade, and IT.

In Europe. Diplomas from Chinese universities are highly regarded in European countries, but work experience, references from teachers and former employers, and a good academic resume are much more important for employers. However, no matter what prestigious Chinese university the applicant graduates from, the employer will still give preference to a candidate with a diploma from a renowned European or American university. The only thing that can influence his decision is the applicant's work experience and personal merits.

Academic career. With a master's degree, a graduate can pursue a doctoral program at a Chinese university. After completing doctoral studies, the candidate has the opportunity to continue an academic career by passing a qualifying exam and obtaining a teaching position. The Chinese government supports young professionals in all endeavors by providing various benefits and decent wages.