Hong Kong universities successfully combine Western education and Eastern culture and philosophy. The goal of the city government is to make the region the educational center of Asia. This is made possible thanks to the large funding of higher education institutions, strong teaching staff, and the academic freedom and autonomy of universities. This bore fruit: Hong Kong universities consistently can be found in the top 100 of world ratings, they graduate in-demand specialists and are actively conducting research activities. 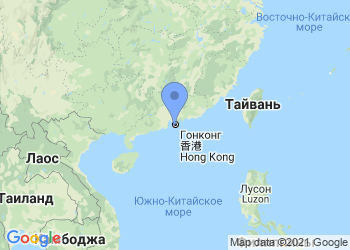 Information is exploratory. For accurate information, refer to the official website of the school.
Advanced search
Showing 1-10 of 29,306 items.

Advantages of universities in Hong Kong

Disadvantages of universities in Hong Kong

Requirements for admission to universities in Hong Kong

All data must be specified on the websites of universities.

To enter Hong Kong universities, an applicant needs to research the universities and choose the appropriate program. Since educational institutions establish the admission requirements themselves, they must be checked on the official websites of universities. The admission committee evaluates candidates based on grades, exam results, motivation letters, interviews, and other achievements.

Documents must be translated into English and notarized. It is worth noting that if an applicant studied in English, there is no need to take language exams.

Higher educational institutions of Hong Kong are divided into:

In Hong Kong, there are more than 22 higher education institutions. In addition to bachelor’s, master’s, and doctoral programs, students in Hong Kong's institutes can receive an associate's degree and a Higher Diploma. Already working adults study in short term programs of continuing education.

Vocational qualifications or sub-degreeassociate's degree or higher diploma in Hong Kong can be obtained from the Vocational Training Council (VTC), Hong Kong Academy of Performing Arts and other higher education institutions and colleges.

VTC is the largest association of institutions providing vocational education. The Council includes 13 schools in Hong Kong and annually educates about 250,000 students.

VTC curricula balance theory and practice, vocational and general education. The institutes work closely with local and international firms and provide students with internships and integrated training. Thus, students graduated as specialists who are ready to work. It is worth noting that on average 90% of holders of VTC Higher Diplomas are successfully employed[13]. In addition to being able to work, sub-degree programs allow graduates to continue their studies at a bachelor's cycle.

VTC programs are accredited by the Hong Kong Accreditation Council for Academic and Vocational Qualifications and are recognized internationally. In addition, they offer opportunities for studying abroad and participating in international events. About 7,000 students annually go on study trips, contests, and internships abroad.

Professional programs are also run by private colleges such as the Caritas Institute of Higher Education, Centennial College and Gratia Christian College. Find other institutions with sub-degree programs in Hong Kong by going through this list.

Public universities are sponsored by the University Grants Committeesponsorship does not affect the cost of tuition or government funds. UGC is a body advising Hong Kong authorities on the financing and development of higher education in the region. It subsidizes 8 universities:

The Hong Kong Academy of Performing Arts also receives government funding, but is not a university under the Hong Kong law. The Academy implements art programs, which usually last two years.

There are only 2 private universities in Hong Kong: Hang Seng University of Hong Kong and Hong Kong Shue Yan University. But there are over 150 self-funded programs at bachelor's cycle and 300 at sub-degree level (Associate's degree or Higher Diploma). They are offered in more than 30 educational institutions, both at private institutes and colleges, and state universities.

Over the past decade, Hong Kong saw an increase in the number of private educational institutions, and this has affected the growth of education. However, it is believed that private higher education institutions in Hong Kong have a harder time staying afloat compared to public ones. For example, after many years of low attendance and financial difficulties, Centennial College decided not to accept students in 2019. The overall image of private educational institutions in society is also not positive. They are perceived as institutions that neglect quality for profit, especially the value of sub-degree programs is being questioned[14].

Open University of Hong KongArts and social sciences, business and management, education and linguistics, nursing and healthcare, science and technology

The campus of the American college Savannah College of Art and Design is located in Hong Kong.

It is worth noting that CUHK has been partnering with Shanghai universities for research cooperation and academic exchange for quite a long time.

There are no free universities in Hong Kong. However, universities, the Hong Kong SAR government and external organizations provide financial assistance to outstanding students at a bachelor’s/master’s cycle, less often — doctoral. Examples of such scholarships would be, the HKSAR Government Scholarship,The Belt and Road Scholarship, Private Higher Education Fund scholarships, and the Hong Kong PhD scholarship program. Grants partially or fully cover the cost of education, and a fellowship program for doctoral students provides an additional amount for study trips. Also, on the websites of universities there are separate sections on grants and financial assistance, which describe current opportunities for applicants in greater detail.