Universities in Turkey began to appear back in the 15th century, but the government was able to modernize them and create a centralized educational system only after the state gained independence at the beginning of the 20th century. In 2018, Turkey got into the world’s top 50 strongest systems of higher education, occupying 43rd place[1]. Universities of the country comply with European quality standards, thanks to the introduction of the Bologna system, and occupy places in world university rankings. 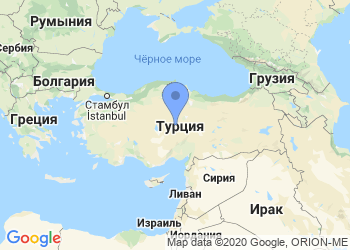 Advantages of universities in Turkey

Disadvantages of universities in Turkey

Requirements for admission to universities in Turkey

To enter Turkish universities, the applicant must provide:

Document and exam requirements depend on the type of program, university, and degree. For example, not all universities require TOEFL, since entrance exams (SAT, etc.) already confirm the language proficiency of the candidate. The application form and documents are submitted through the website of the selected university.

All prices must be clarified on the websites of universities.

Types of educational institutions in Turkey

Also in Turkey, there is the University of National Defense and the Police Academy.

There are about 200 higher educational institutions in the country. State universities account for 62% of the total amount. There are 129 of them, including 8 technical universities, İzmir Institute of Technology and Mimar Sinan Fine Arts University[5].

Graduates receive an Ön Lisans Diplomasi or associate's degree. With this document, you can immediately go seek employment or continue your education at the university level by entering the 3rd year of bachelor’s studies.

State universities charge a low tuition fee but are harder to enter. High standards and requirements are set here. A foreign student needs to prepare a package of documents and pass the language and entrance exams. Many international applicants come to the country a year earlier in order to spend this extra year on improving or learning Turkish / English in the Foundation program. This is especially true for those wishing to enter the best universities in the country.

State universities are funded from the government budget. Thus, universities do not manage their own finances, for example, do not determine the salaries of professors. The teaching staff elects 3 candidates for the position of rector, and the President of the Republic makes the final decision.

Private universities (Foundation) established by large private foundations. Most of them are created by wealthy Turkish families, and the rest is funded by other countries (mainly the USA). One of the main goals of such financing is the development of higher education in the country. Therefore, it is not surprising that private universities are more likely to be on the ranking lists than state universities. Nevertheless, several public universities compete with private ones for the title of the best higher educational institution in Turkey.

Over the past 15 years, about 75 private universities have been opened in the country[5]. More than half are located in Istanbul, the rest — in Ankara, Izmir and other cities. Universities gather a strong teaching staff, carefully monitor the quality of curricula, and maintain international standards. To do this, they collaborate with foreign universities and offer joint and exchange programs.

Foundation universities operate freely under the supervision of a board of trustees. The Council appoints deans and rectors independently with CoHE consentCouncil of Higher Education. Universities have three different sources of funding:

To enter these universities, an entrance exam is not required, but GPA requirements are quite high, on average — 80%. The language of instruction is English, so universities require a high TOEFL score or one year of a language training program. In addition to top private universities, there are universities with more flexible entry criteria. They conduct studies in English and Turkish, and the required GPA is about 60%.

International Student Services Association (ISSA TURKEY) is the first NGO created to promote Turkish universities abroad. ISSA was founded in Ankara in 2015. Its goals and responsibilities include:

Turkish Education Association (Türk Eğitim Derneği) was founded on January 1, 1928, in accordance with the vision and leadership of Ataturk. He always believed in the important role of education in the modernization of Turkey. On December 12, 1939, the organization received the status of "Association for the Public Good" and has since been active in the field of education.

The mission of the association includes:

The best state universities in Turkey

The best private universities in Turkey

Many universities in Turkey teach exclusively in English. Here programs are much cheaper than in European countries. Most English-speaking universities are either financially supported by American and European research centers, or were originally created as foreign schools.

There are no absolutely free universities, but state universities charge a low fee. For foreigners bachelor’s programs in Turkish cost about 500 USD. Prices at state universities on English-language programs will cost between 600 and 1,500 USD per year on average. The cost of living and expenses for everyday life usually does not exceed 500 USD. The government also offers a scholarship Turkiye Burslari, which covers 100% of the cost of education at all levels of education and provides for a monthly scholarship.

Interesting facts about universities in Turkey