Studying at Universities in Greece is free even for foreigners. Students who do not speak Greek can learn it over a year at university courses. Another option is to just enroll in an English program. They exist in the country, but there aren’t many of them. Studying in Greece is an opportunity to get a European diploma avoiding high costs. 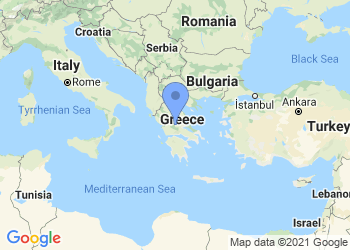 Admission to universities in Greece

What you need to know about admission to a Greek university:

You can also learn the details of admission on the Study in Greece website. It is an official portal run by the Greek government. It describes in detail all the steps, documents and features of admission to universities in Greece.

To apply to a Greek university you will need:

All documents must be translated into Greek and certified by the Ministry of Foreign Affairs in Greece or by a Greek Embassy abroad. Candidates from certain countries do not require special certification from the Greek diplomatic authority abroad. All they need is an apostille stamp.

Higher education institutions in Greece are divided into:

They differ in terms of studies’ duration, tuition fees, and quality of education. At public universities in Greece and academies, studies last for four to six yearsfor medical specialties, and education there is completely free. They offer Bachelor's, Master's and PhD degrees.

Commercial universities enjoy autonomy and design the programs as they see fit. As a rule, a Bachelor's degree program lasts 3-4 years. Tuition fees vary between 7,292-12,501 USD/year. Doctoral studies are not available everywhere, because the Greek government allows research activities only in public universities.

Public universities enjoy special prestige in the country, largely because of their age. But do not think that modern Greek universities appeared in the days of Ancient Greece. The oldest University of Athens was founded in 1837.

At least 6 Greek universities have been listed in the British QS University Rankings, albeit not ranking high. None of them is in the first hundred[1]. State universities differ from private ones in their broad teaching profile. They bring together Fine Arts and Industrial Design, Classical Studies and Bioengineering. You can study almost anything in one place.

Technical universities in Greece (known as "polytechnics") are more specialized. Mostly Engineering and other exact sciences are taught there. However, they are in no way inferior to broad-profile universities. The most esteemed educational institution in the country is also a polytechnic — the National (Metsovian) Technical University of Athens[1]. Admission to technical universities is the same as to other state universities: through the Ministry of Education. Just like in ordinary universities, you can start either an academic and research career there, or study an applied specialty for a professional career.

Until 2019, there was another type of technical educational institution in Greece — the Technical Institutes (TEI). After an education system reform, they were all integrated into larger universities and polytechnics.

An academy is a state-run university that gives education in a specific field. For example: navigation, aviation, military affairs, and so on. Among the Greek academies, the Ewelpid Military School, founded in the 19th century, is especially famous. It enjoys a certain prestige due to its exclusive nature. Studying at any academy promises a brilliant career in the public sector.

The requirements for admission to military academies are determined by the Ministry of National Defense, but the submission of documents still goes through the Ministry of Education[2]. Only Greek citizens can enter them after passing the Panhellenic exams and entrance tests. The latter tests the health and physical abilities of the applicant. In academies, cadets train and study like full-fledged students: they take exams and defend dissertations. Here is, for example, a list of subjects for different specialties in the Greek Air Force Academy.

Under Greek law, the diplomas of higher education in the country can only be issued by public education institutions: universities, polytechnic universities and academies. They are all managed by the Ministry of Education and other departments to which they belongMinistry of Defense in case of military academies. Private colleges are usually affiliates of foreign universities. For example, the Swiss Alpine Center business school. Their diplomas are recognized both in Greece itself and in the countries where the main body of the institution is located. The qualifications obtained at the American College of Greece are valid in the United States, but do not carry the same weight there as degrees from local universities.

Despite the attractiveness of programs in private universities, public ones are still more popular. Largely due to the fact that studying there is free. Plus, the Greek government still restricts private higher education. Private university degrees are recognized, but are less credible than public ones[3].

There are universities in Greece where you can get an MBA. But in the country they are called not business schools, like in the rest of Europe, but colleges. Tuition fees for the MBA programs are 5,209-10,417 USD/year. You don't have to go to a commercial college to get a degree in business and management. Some public universities also offer such programs.

Athens University of Economics and Business

According to the ranking of business schools in 2020, the MBA program at the Athens University of Economics and Business ranks first in the country[4] and 35th in Europe[5]. Duration of studies is 16 months. The full cost of tuition is 10,105 USD. The program is run entirely in English. You will need a TOEFL (79 points) or IELTS (6.5 points) certificate for admission, as well as a recommendation letter, a CV and proof of 3 years of work experience. Students have opportunities to receive additional funding. The university's website lists at least 10 scholarships for potential candidates.

Alba Graduate Business School at the American College of Greece

The American College of Greece offers MBA and EMBA programs. The cost of the first is 20,574 USD for 12 months of studying, noticeably higher than at the Athens University of Economics. At the same time, according to the ratings, Alba Business School is inferior to it in the quality of education and holds only 61st place in Europe[5]. The advantage of the American College program is that the degree will be automatically recognized in the United States. Their site also contains detailed information about career centers, forums and internships — graduates are assisted with employment. Scholarships are available for students, but there are fewer of them than at the Athens University of Economics and Business.

The Swiss Alpine Center school is open to those seeking a degree in tourism and hospitality. The college offers undergraduate and graduate programs. As for prices, for example, the program "International Hospitality and Tourism Management" costs 9,844 USD/year[6]. Studying takes as long as in other European countries: three years for a Bachelor's degree and one for a Master's. For admission, you need a B1-B2 level of English, a letter of motivation and recommendations. Experience in the hospitality industry is encouraged[7].

The strongest fields of study in Greek universities are: technical sciences, Engineering, and Medical education. In the first category, the Athens Polytechnic is in the top-100 best in the world[8]. And among medical universities the leaders are the National and Kapodistrian University of Athens and the Aristotle University[9]. There are also the traditionally Hellenic disciplines of Philosophy, Philology, and History. Among the creative directions in Greece, sculpture and architecture are the most developed, which is not surprising[10]. Although the latter are far from being as well represented in international rankings as technical and medical specialties.

Aristotle University is the second best university in the country after the Athens Polytechnic[1]. It is located in the city of Thessaloniki. It is a multidisciplinary university with a large number of faculties: medical, philosophical, pedagogical, engineering, legal, natural sciences, and even fine arts. There is a Greek language school at the Aristotle University, which holds preparatory courses for foreign students. It is one of only two educational institutions in the country that are eligible to organize the Greek proficiency test.

Interesting fact: in 2021, Aristotle University took the 14th position in the world in terms of the quality of teaching the discipline "Ancient history"[11]. Who would have thought-

National and Kapodistrian University of Athens

This institution, often called the University of Athens, is Greece's oldest university. It was founded in 1837. Structurally, the university includes: the Institute of Philosophy, Law, Economics and Political Sciences, Natural Sciences, the Medical Institute, as well as the theological school of the Greek Orthodox Church. At the same time, according to the QS rating, dentistry is the best study direction at the University of Athensis[-].

Among all the universities in Greece, this one is the most international. More than 6200 foreign students study there. For comparison: there are 4600 of them at Aristotle University, and less than 1000 at other universities[12].

University of Crete is located on the picturesque namesake Greek island. It is a young university with two campuses: in Heraklion and Rethymno. It has only five faculties, scattered between the two cities: Philosophy, Social and Political Sciences, TeachingRethymno, as well as Engineering and Medical facultiesin Heraklion. The peculiarity of the University of Crete is its vibrant research activity. The university cooperates with the Greek Center Foundation for Research & Technology — Hellas and the Institute of Marine Biology and Biotechnology, which are also located on the island. There is also a hospital at the university and a museum of natural history of Crete.

The university stands out not only for its educational programs, but also for its unusual architecture. This is what the main building of the university looks like.

The University of Patras ranks fifth among Greek universities. It is located in the largest settlement of the Peloponnese — the city of Patras. The university has five schools: Natural Sciences, Humanities, Medicine, Business, and Engineering. The latter holds the third place in the country for the quality of teaching, right after the Athens Polytechnic and the Aristotle University[8]. The university participates in international educational programs such as TEMPUS and Erasmus. It also has agreements with the Medicine School of Johns Hopkins University in the US and the Center for Greek Studies at Harvard[13]. This gives students the opportunity to gain experience of interacting with teachers and students from other countries.