Universities in New Zealand are in 3% of the best universities in the world. The cost of training here is cheaper than in Europe and the USA, and the quality of education is recognized throughout the world. In addition, New Zealand has a mild climate, favorable environmental conditions, a high standard of living and safety, as well as surprisingly beautiful nature. All this makes higher education in New Zealand attractive for thousands of young people from around the world. 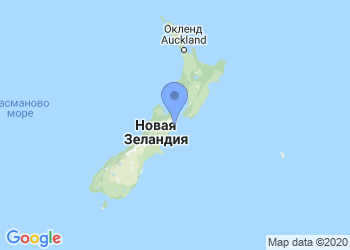 Requirements for admission to universities in New Zealand

New Zealand’s universities, despite their overall subordination to the Ministry of Education, have autonomy in making decisions about entrance examinations. Typically, universities do not conduct their own exams, evaluating applicants according to the available documents: the GPA, resume, motivation letter and references.

Applicants can apply for bachelor’s programs if one of the criteria is met:

Foundation courses are designed specifically for international students to help them prepare for university. Some universities do not require the completion of such programs before applying, while others consider the foundation certificate a prerequisite. Detailed information can be found on the website of an individual university.

Students who enter master’s or doctoral studies must also provide a research proposal and abstracts of existing publications.

Another important criterion for admission to the program at any stage is a language certificate. Since January 2019, universities have refused to conduct internal tests to assess the level of English proficiency among applicants. Now students are selected on the basis of certificates approved by the NZQA (New Zealand Qualifications Authority):

Types of schools in New Zealand

Professional education in New Zealand is organized and supervised by Industry training organizations (ITOs). By themselves, they do not provide training but establish criteria for obtaining various professional qualifications, as well as the content of the programs.

Institutes of Technology and Polytechnics provide technical and vocational training. In addition, they are also engaged in scientific, applied and technological research, which contribute to the development of the industry.

In New Zealand there are 16 technological institutes and polytechnics. The educational process usually focuses on practical knowledge and skills that will help graduates to find work as quickly as possible. Students spend a significant part of their study on internships.

Many institutes also offer undergraduate programs in areas such as business, IT and science. Some even organize master's and doctoral courses, most often through partnerships with other universities.

Most often, private universities offer a fairly limited range of subjects and programs — mainly they award certificates and diplomas in the fields of tourism, design, and ICTInformation and communications technology. This is due to the requirements of the labor market or the needs of a particular company that organizes and funds the training. On the other hand, private universities have more opportunities to provide students with the necessary equipment and practical skills.

A complete list of accredited private schools can be found here.

All eight state universities in New Zealand are under the umbrella of the organization called Universities New Zealand. Their goal is to develop educational standards and monitor their implementation, strengthen cooperation between universities, develop international partnerships, and also make decisions in the field of education based on the opinion of all universities. One of the projects of the organization is the Women in Leadership program which is aimed at developing professional skills for women who are working (or want to work) in leadership positions.

There are also a number of other significant organizations:

There is a program called Fees Free that allows students to study for free, but only New Zealand citizens can participate. Foreign students, in turn, can receive scholarships and grants that fully or partially cover the cost of education. Typically, students with a high enough GPA or other academic merits can apply for financial assistance. Many universities and organizations also evaluate academic essays, motivational letters, and recommendations. A complete list of scholarships available to students from different countries can be found here.