Universities in Iceland are quite young, the first university appeared in 1911. Despite this, they have earned a reputation in the international community: Reykjavik University and the University of Iceland are included in the 2% of the best universities in the world according to the rating THE. The programs in the fields of energy and the exact sciences are especially well known. At the same time, education in public universities is free, while in private universities it is relatively inexpensive. The average price is 5,278 USD per year. 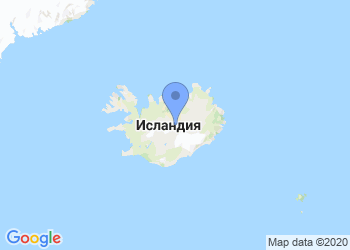 Advantages of universities in Iceland

Admission requirements to universities in Iceland

Foundation programs in Iceland are conducted only in Icelandic, so they are not designed for foreigners.

The deadlines for submitting documents are set by the universities themselves. Usually, deadlines are in January-May. Studies begin in August.

Most of the bachelor’s and pre-university programs in Iceland are in the national language. To enroll, you need to know Icelandic. Also, some programs at the University of Iceland require entrance tests.

Types of educational institutions in Iceland

Universities of Iceland are divided into two types:

Professional education is implemented in various schools and colleges. But training in them takes place only in Icelandic, so they are not suitable for foreigners.

The largest vocational education institution is the Technical Col­lege Reykjavík (Tækniskólinn). It has 8 faculties, which study design, marine navigation, electrical, mechanical, and civil engineering. The college also offers an Icelandic language program. Young people from 16 to 25 can enroll[3]. The cost of the course is 190 USD per semester. This is the only program designed for foreigners. After that, you can continue your studies in high school or vocational school.

The most prestigious public university is the University of Iceland. It is also the largest university in the country, with 14000 students. Foreigners make up almost 10%, which is quite a lot for Iceland.

Most bachelor's programs are in Icelandic, but there are some lecture courses in English. Their list can be found in the catalog. The university also offers the Icelandic as a second language program, but in order to enter it, you will have to pass an entrance exam. It will test basic knowledge of Icelandic. There are programs in other languages — German, French, Italian, Swedish, Danish, Japanese.

There are 3 private universities in Iceland: Reykjavík University, Bifröst University, and Iceland Academy of the Arts. Education in them is 3-4 times cheaper than in France, Britain or the Netherlands.

Private universities, like public ones, are partially funded by the government. They are also required to follow the established rules and receive accreditation. Due to the fact that there are only seven universities in Iceland, it is difficult to talk about any general differences between private and public institutions. Each university is unique and, with the exception of the University of Iceland and the Reykjavik University, specialize in specific areas. You should keep this in mind when choosing an educational institution.

The Iceland Academy of the Arts offers unique programs not found in other universities. There you can study theater, music, design, painting, acting.

Formally, public universities in Iceland are free, but to study, you need to pay an annual registration fee of 567 USD. All study materials are also paid. Their costs can be up to 756 USD per year.

You can reduce your training costs by winning a scholarship or a grant. They are paid by both the universities themselves and the government. For example, Iceland's Ministry of Education, Science, and Culture awards scholarships to international students for the Icelandic as a Second Language Bachelor's program at the University of Iceland. The scholarship is paid monthly and covers tuition and living expenses. To get it, you need to win the competition.

Interesting facts about universities in Iceland